While interning at the Kings County District Attorneys Office, Robert assisted in the prosecution of hundreds of Misdemeanor and Felony cases. He further honed his litigation skills representing immigration clients in over a thousand Removal Hearings in NY and throughout the United States.

Mr. Tsigler has been repeatedly honored for his criminal defense...


Free ConsultationImmigration
Santa Clara University, Oxford University, and Empire Law School
Show Preview
View Website View Lawyer Profile Email Lawyer
For the past 10 years, our practice has achieved over 10,000 approvals for our clients. Whether you are interested in marriage based immigration, asylum, a Green Card, or a business visa, we can help. We speak many languages, so call us today at (888) 902-9285 for a Free Consultation! We have offices in both California and New York, and we help clients in all 50 states and all over the world. 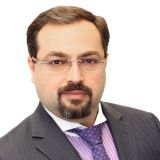 Being an immigrant himself, David Kohina decided to attend law school... 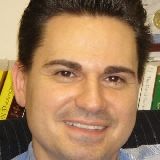 Immigration, Bankruptcy, Business and Criminal Defense
Benjamin N. Cardozo School of Law
Show Preview
View Website View Lawyer Profile
The Gursoy Law Firm is a dedicated general practice law firm with a particular emphasis in Immigration and Bankruptcy. We have been practicing law for over 11 years. During our many years or practice we have an incredible track record of success.

Claimed Lawyer ProfileSocial Media
John Chul-joon Kim
Brooklyn, NY Immigration Law Lawyer with 22 years of experience
(718) 210-4794 50 Court Street, Suite 708
Brooklyn, NY 11201
Free ConsultationImmigration, Bankruptcy, Divorce and Real Estate
Boston University School of Law
Show Preview
View Website View Lawyer Profile Email Lawyer
John C. Kim was born in Seoul, South Korea and immigrated to the United States in 1971 as a five year old. Brought up by business owning parents in Baltimore, Maryland, he is proudly both Korean and American, embracing the best of both worlds. As a seasoned, respected attorney for nearly 20 years who handles cases across multiple practices areas that focus on debt resolution and dispute resolution for individuals and businesses, he has practiced in New York City since 1999, across all the boroughs of New York City and in Federal Courts in New Jersey. The firm Mr. Kim...

Ms. Ledeneva focuses her practice on business immigration. She advises employers on the best way to employ candidates and retain foreign employees who...

Immigration, Arbitration & Mediation, Consumer and Divorce
McGill University and McGill University
Show Preview
View Blog View Lawyer Profile Email Lawyer
Alex T. Roshuk is a New York State attorney. He has two law degrees from McGill University, Faculty of Law, Montreal, Canada (B.C.L./LL.B., 1997) and has been practicing law in New York City since 1998 advising businesses, individuals and not-for-profit organizations in transactional and litigation related matters. He was the first legal advisor to the Wikimedia Foundation, Inc. (Wikipedia) from 2003 to 2005 assisting with the organization's tax exempt application to the IRS, trademark applications, and various copyright related issues. Mr. Roshuk is also engaged in a variety of pro bono and public service activities, since 2005 he has... 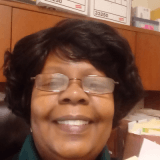 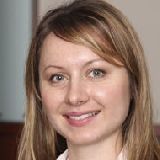 Immigration and Civil Rights
Show Preview
View Website View Lawyer Profile
Alena Shautsova was admitted to practice law in the United States in 2008. She comes from Belarus where she graduated with honors from one of the most prestigious law schools in the former USSR. Following her graduation in Belarus, she entered the practice of business law while pursuing a second higher education degree in Economics and Management. Her native language is Russian. In 2005 the US Department of State awarded Ms. Shautsova with a highly competitive Eduard S. Muskie scholarship that allowed her to obtain Master's Degree in Law from the Case Western Reserve University in Cleveland, Ohio. After her graduation... 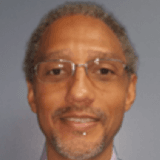 Our interactive computer-based software helps to facilitate the legal processes for our clients and enable us to prepare complex immigration cases and real estate matters, regardless of where our clients reside. We...


Immigration, Bankruptcy, Divorce and Family
Maurice A. Deane School of Law at Hofstra University
Show Preview
View Website View Lawyer Profile
For over 10 years my Brooklyn, New York Law Office has provided low cost legal services in the areas of Divorce (Uncontested or contested), Bankruptcy, Immigration, Civil litigation and Family Law. I also specialize in Administration for Children Services (ACS) matters, cases where an individual has been accused of Abuse or Neglect. My philosophy is that clients should not be charged high fees for simple legal cases. Even in more complex matters, my fees are some of the most affordable you find in the State for a lawyer with my experience. I have appeared in Court on thousands of occasions... 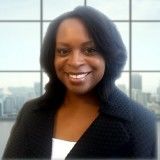 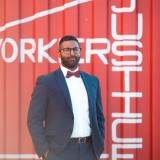 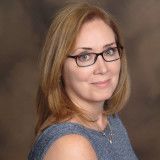 Immigration, Business and International
University of Miami School of Law
Show Preview
View Website View Lawyer Profile Email Lawyer
Deryck helps startup companies and entrepreneurs from around the globe get established in the US market. As a veteran of corporate boardrooms, he understands the nuances of business and law and enjoys guiding startup companies during their formative years.

Some of the major activities of Deryck's law practice include: E2 visas for entrepreneurs, business formation, business plan creation and contract development.

Before he founded Jordan Counsel, Deryck worked with large law firms in New York and Paris, where he supported a variety of business development deals. He also offers 15 years of corporate experience, including leadership roles in... 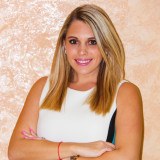 Mrs. Balyasny graduated from John Jay College with a Bachelors in Science in Criminal Justice in 2012. After graduation, she moved to South Florida to attend Nova Southeastern University, Shepard Broad College of Law, where she obtained her Juris Doctor in 2018. While in law school, Mrs. Balyasny received her concentration in Health Law while actively participating in extracurricular activities at Nova. She was a representative for the Jewish Law Society Association and a member of the “Pulse” Health... 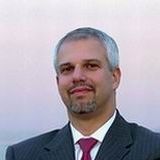 Immigration
Cleveland State University
Show Preview
View Website View Lawyer Profile Email Lawyer
Mr. Reich (a 10.0 out of 10 "Superb" rated attorney on Avvo.com and New York SuperLawyer 2011-Present) founded The Law Offices of Stuart J. Reich in 2003. His goal was and is to serve the needs of the professional foreign national community and of small and medium-size U.S. employers who require highly qualified foreign national talent to remain competitive and innovative. We understand the mission-critical nature of the immigration process as well as the confusion caused by it's complexity - so our philosophy is to get the work done quickly and competently while making sure our clients have the... 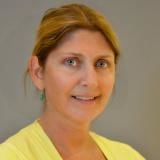 Immigration
University of California - Los Angeles
Show Preview
View Website View Lawyer Profile Email Lawyer
Karin Wolman has over 20 years of experience in employment-based immigration law, serving aliens of extraordinary ability in the arts and design, finance, business and academia, the sciences, healthcare and non-profit organizations. She is a frequent speaker at local & national conferences, on topics ranging from extraordinary ability and artist visas to the immigration impact of mergers & acquisitions, and advanced issues in citizenship and naturalization. 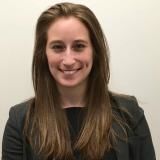 Please feel free to contact Mr. Misiti so he can determine if he can help you with your immigration issue. 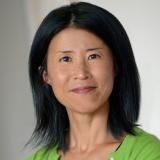 
Immigration
Show Preview
View Website View Lawyer Profile Email Lawyer
Ms. Ahn specializes in immigration and nationality law and focuses on various corporate and employment related immigration issues and on strategic immigration planning for U.S. and international companies in connection with the international relocation of personnel coming into the U.S. She works with clients to address the immigration/visa and work authorization needs of U.S. and global personnel, including professionals, executives, treaty investors/ traders, essential workers, persons of extraordinary ability, corporate trainees and students, as well as EB-5 investor processings and filings. Additionally, she provides the expertise and guidance on I-9 compliance, by assisting companies... 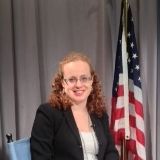 
Free ConsultationImmigration
New York Law School
Show Preview
View Website View Lawyer Profile Email Lawyer
Irene Vaisman graduated from the State University of New York at Buffalo in 2001 with a degree in Political Science. She received her Juris Doctor degree in 2004 from New York Law School. Throughout her education, Irene participated in various internships and legal programs gaining experience in both criminal and civil immigration matters as well as learning how immigration law intersects other practice areas. Her first pro bono cases sought to help undocumented children with various illnesses and those feelings of compassion have guided her throughout her practice. After graduating law school, Irene spent seven years practicing... 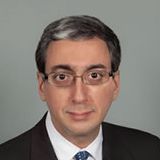 Immigration
Vermont Law School
Show Preview
View Website View Lawyer Profile Email Lawyer
Mr. Conroy's area of practice is immigration and nationality law. Most of his work involves litigation. He represents detained and non-detained clients in a wide variety of situations before U.S. Immigration Courts, the Board of Immigration Appeals, and Federal Appellate and District Courts. With respect to Immigration Courts and the Board of Immigration Appeals, for example, he represents non-citizens seeking asylum, cancellation of removal, waivers, adjustment of status, and (for detained clients) release on bond. In Federal Courts Mr. Conroy represents clients with regard to petitions for review, direct appeals from federal district court decisions, complaints for declaratory judgement and injunctive... 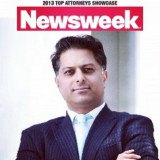 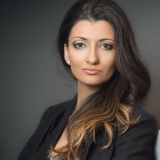 We have 3 offices in New York and 1 recently opened Miami office which is specializing in immigration law.

Immigration
American University Washington College of Law
Show Preview
View Website View Lawyer Profile Email Lawyer
Mr. David Katona specializes exclusively in the area of immigration and nationality law and heads our business and family immigration practice. Mr. Katona earned his bachelor’s degree from Wake Forest University, his Master of International Affairs degree from American University’s School of International Service and graduated cum laude from American University, Washington College of Law. David Katona has worked as a senior attorney in the Immigration Department at Hodgson Russ LLP and has practiced as an immigration attorney at Bondy & Schloss LLP and at Susie Kim & Associates, PC. In addition to being a partner at Katona & Associates,... 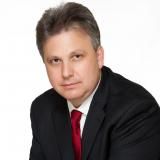 She was admitted to the New York State Bar in 2018 and can practice immigration law in all 50 U.S. states.

Since then she started her own practice focusing exclusively on immigration law where she received several awards such as the Client’s Choice award from Avvo.com in 2019 and 2020.

During her practice, she noticed many of her clients came to her when they were unable to afford or obtain adequate legal services.

It was then, she came up with the idea for self-lawyer.com. A place where...

Free ConsultationImmigration, DUI & DWI, Elder and Landlord Tenant
St. Thomas University School of Law
Show Preview
View Lawyer Profile Email Lawyer
Growing up in Jamaica, Queens I knew I wanted to be an attorney from a young age. I pursued other interests and earned a Master's degree in psychology from Columbia University prior to attending law school in Miami. Throughout my 13 year professional career I have fought for those whose voice was not heard. I am skilled at navigating complex systems and negotiating matters large and small. I live close to my office with my wife and young daughter.
Next
Immigration Attorneys in Nearby CitiesImmigration Attorneys in Nearby Counties

The OneCLE Lawyer Directory contains lawyers who have claimed their profiles and are actively seeking clients. Find more Brooklyn Immigration Lawyers in the Justia Legal Services and Lawyers Directory which includes profiles of more than one million lawyers licensed to practice in the United States, in addition to profiles of legal aid, pro bono and legal service organizations.