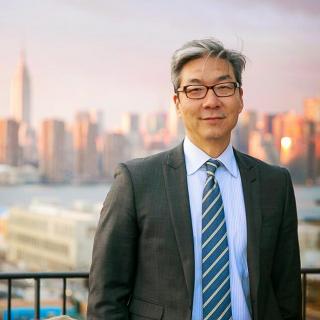 John C. Kim was born in Seoul, South Korea and immigrated to the United States in 1971 as a five year old. Brought up by business owning parents in Baltimore, Maryland, he is proudly both Korean and American, embracing the best of both worlds. As a seasoned, respected attorney for nearly 20 years who handles cases across multiple practices areas that focus on debt resolution and dispute resolution for individuals and businesses, he has practiced in New York City since 1999, across all the boroughs of New York City and in Federal Courts in New Jersey. The firm Mr. Kim created in 2005 has handled thousands of simple and complex matters for businesses and individuals, including divorce, immigration, real estate, bankruptcy, debt negotiation and business restructuring cases. In addition, alongside trusted of counsel, the firm handles sophisticated medical malpractice and personal injury matters. He received his J.D. from Boston University School of Law, where he was an editor of the APALSA News. He earned his B.A. as a double major in English Literature and Japanese Language at Boston University, College of Liberal Arts. Mr. Kim is a member of the Brooklyn Bar Association and NACBA (National Association of Consumer Bankruptcy Attorneys). He is a member of the State Bar of New York and also admitted to practice before the U.S. District Court for both Southern District of New York and Eastern District of New York. He has resided in Brooklyn for over 15 years and is deeply committed to the diverse patchwork of communities that make up New York City, especially in Brooklyn and Queens. As the son of immigrants himself, Mr. Kim devotes his practice to provide competent and caring legal representation to these underserved communities.