Claimed Lawyer Profile
Dr. Arturo Corso
Hall County, GA Immigration Law Attorney with 24 years of experience
(770) 532-9732 427 Green Street, NW
Gainesville, GA 30501
Immigration, Appeals, Criminal Defense and DUI & DWI
Georgia State University College of Law
Show Preview
View Website View Lawyer Profile Email Lawyer
Arturo Corso is the founder of The Corso Law Center with offices in Atlanta and Gainesville. He is also the founder of The International Law Center in Washington, D.C. His focus is criminal law with an international focus, serving clients in Georgia, Washington, New York, Mexico, and South America whether State or Federal prosecution. He also defends those targeted by the Office of Foreign Asset Control (O.F.A.C.). Focusing his practice primarily on criminal defense matters, he provides representation to clients who have been charged with all manner of felonies, misdemeanors, and other matters. Mr. Corso...

Claimed Lawyer ProfileQ&ASocial Media
Elizabeth Nicole Kozycki
DeKalb County, GA Immigration Law Lawyer with 6 years of experience
(678) 664-9729 3546 Habersham at Northlake Road
Tucker, GA 30084
Free ConsultationImmigration
San Joaquine College of Law
Show Preview
View Website View Lawyer Profile Email Lawyer
E. Nicole Kozycki, Esq. was admitted to the State Bar of California in 2014 and is a founding partner of Kozycki Law, LLC. E. Nicole Kozycki, has 10 years of legal experience in both private practice and for the U.S. Department of Justice. Nicole practices primarily immigration law with ancillary representation in entertainment, contract, and corporate law matters as they relate to immigration issues. She focuses on employment-based immigration in the highly-skilled worker categories as well as investment-based corporate immigration paths. She has a background in the studies of international conflict and human rights, and channels this experience into representation... 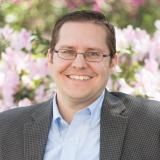 
Free ConsultationImmigration and Personal Injury
Texas Wesleyan University School of Law - Texas Wesleyan University
Show Preview
View Website View Lawyer Profile Email Lawyer
Patrick has a strong belief that people deserve justice who have suffered an injustice or injury as a result of someone's negligence, recklessness, or abuse of power. Because of this strong belief, he has devoted his career to serving individuals.

Immigration, Business and Civil Rights
University of Illinois - Urbana-Champaign
Show Preview
View Website View Lawyer Profile Email Lawyer
Ms. Prince has practiced law for 20 years. She provides strategic, quality representation to her clients. She is an Ivy League graduate and former big-firm attorney with experience representing clients in complex and large exposure cases. Her practice has afforded her significant opportunities to handle cases from inception through trial/resolution in federal and state court.

Claimed Lawyer ProfileSocial Media
Buihe Pauline Okenu
Gwinnett County, GA Immigration Law Lawyer with 23 years of experience
(678) 924-1614 2138 E. Main Street
(US Highway 78)
Snellville, GA 30078
Immigration
Nigerian Law School, Victoria Island, Lagos, University of Nigeria, Enugu Campus, The University of Georgia School of Law and The University of Georgia School of Law
Show Preview
View Website View Lawyer Profile Email Lawyer
I have multiple law degrees from different continents and to have practiced in various areas of law. As an immigrant who has gone through the system I understand and can relate to your situation. Being a wife and mother of three children I believe strongly in family unification and will surely do all within my capabilities to keep your family together. My goal is to use my knowledge, skills and experience to provide you with the excellent legal services you deserve. Okenu Law Office, LLC is dedicated to providing immigration services to our clients. Located in Snellville Georgia, we serve the...

Claimed Lawyer ProfileQ&A
Jamie B Hernan
Fulton County, GA Immigration Law Attorney with 20 years of experience
(678) 275-4000 11050 Crabapple Road
Suite 101A
Roswell, GA 30075
Free ConsultationImmigration, Business, Criminal Defense and DUI & DWI
Duke University School of Law
Show Preview
View Website View Lawyer Profile
Jamie Hernan has spent his career representing thousands of individuals and companies, helping them face complex legal issues head on, offering solutions and providing results. His career has taken him from a large, internationally renowned firm to building from scratch with two partners a firm into a strong medium sized firm that is the dominant player in its niche market to where he is today as a solo practitioner, finally able to focus purely on the practice of law without all of the distractions that come from managing a larger firm. Jamie is able to focus on you, his client,... 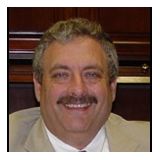 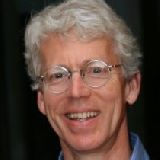 Claimed Lawyer ProfileSocial Media
Blair Dorminey
Clarke County, GA Immigration Law Lawyer with 37 years of experience
(706) 316-3630 500 N. Milledge Ave
ATHENS, GA 30601-3810
Immigration
Yale Law School
Show Preview
View Website View Lawyer Profile
Blair Dorminey is a graduate of Yale Law School and has been a member of the State Bar of Georgia since 1984. As a principal of Dorminey & Cox, LLC, he has practiced immigration and nationality law exclusively since 2001. He has extensive legal and international experience gained in the U.S. Department of Justice, the White House, and the National Security Council. In government, he took an active role in immigration policy, especially with respect to refugee and asylum issues. He is admitted to practice in all U.S. immigration courts, in all Georgia courts, in the U.S. District Courts of... 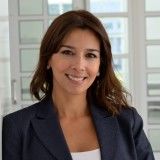 Claimed Lawyer Profile
Sharmila Vengail Nambiar
Gwinnett County, GA Immigration Law Lawyer with 27 years of experience
(770) 495-8810 3883 Rogers Bridge Road,
Suite 402B
Duluth, GA 30097
Immigration, Divorce and Family
Georgia State University
Show Preview
View Lawyer Profile Email Lawyer
I have been practicing in the metro Atlanta area since 1993. My focus is on family law, both contested and uncontested litigation. Additionally, I do some limited areas of family immigration, naturalizations, religious worker visas and entertainerment visas. My goal is to help client achieve their goals in a cost effective manner. I grew up in Savannah, Georgia and moved to Atlanta in 1986. I graduated from Emory University and Georgia State University College of Law. 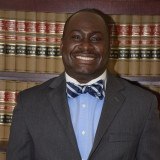 Claimed Lawyer ProfileSocial Media
Christian G. du Toit
Fulton County, GA Immigration Law Attorney
(404) 890-5487 4780 Ashford Dunwoody Rd
Suite A455
Atlanta, GA 30338
Immigration
Show Preview
View Website View Lawyer Profile
Chris has over 20 years of experience in the computer industry and holds a BS Computer Science from Rhodes University. Chris additionally holds a JD degree from Concord Law School and is admitted to the California Bar. Chris has held Director positions at publicly listed software companies and is also the founder of a consulting company. Chris has intimate experience with immigration matters. Most importantly, Chris is himself an immigrant and understands first-hand the range of emotions applicants go through on their path to making the United States home. Residing in Atlanta, GA, Chris serves clients in both Atlanta and...

Claimed Lawyer ProfileQ&ASocial MediaResponsive Law
Hassan Hussein Elkhalil
Fulton County, GA Immigration Law Attorney with 18 years of experience
(770) 612-3499 1950 N Park Pl
Suite 550
Atlanta, GA 30339
Immigration, Business and International
John Marshall L.S. (Atlanta)
Show Preview
View Website View Lawyer Profile Email Lawyer
Born in Beirut, Lebanon. Attended the University of Tennessee in Knoxville, where he received his Bachelor of Arts in Political Science. He then went on to receive his J.D. from John Marshall Law School, and an LL.M. in Dispute Resolution from the University of Missouri – Columbia Law School. Additionally, Mr. Elkhalil is a member of the American Bar Association and the American Immigration Lawyers Association. Fluent in Arabic, Mr. Elkhalil is extremely active in his community and participates in a variety of community, cultural, and civil rights organizations. 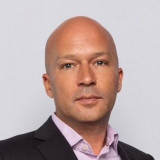 Claimed Lawyer ProfileSocial Media
Marko Karadzic
Fulton County, GA Immigration Law Lawyer
(404) 991-3891 1100 Peachtree Street NE
#900
Atlanta, GA 30309
Immigration
Emory University School of Law, University of Notre Dame Law School and Faculty of Law, Belgrade University
Show Preview
View Lawyer Profile Email Lawyer
Marko holds a J.D. from Emory University School of Law, master’s degrees in International Human Rights Law (LL.M.) and Conflict Transformation and Negotiation (M.A.) from the University of Notre Dame, and an LL.B. from the University of Belgrade Faculty of Law. Marko is an experienced public speaker and lecturer with ability to advocate positions before diverse audiences. He has lived and worked in Yugoslavia, the Netherlands, South Africa and the U.S. Marko understands how to meet the needs of clients from all walks of life and will tailor legal solutions to each client’s unique circumstances, goals, and budget. Bar Admissions:...
Next
Immigration Attorneys in Nearby Cities

The OneCLE Lawyer Directory contains lawyers who have claimed their profiles and are actively seeking clients. Find more Banks County Immigration Lawyers in the Justia Legal Services and Lawyers Directory which includes profiles of more than one million lawyers licensed to practice in the United States, in addition to profiles of legal aid, pro bono and legal service organizations.