Free ConsultationCannabis Law, Criminal Defense, DUI & DWI and Traffic Tickets
DePaul University
Show Preview
View Website View Lawyer Profile Email Lawyer
Larry A. Davis graduated from Northwestern University (B.A. cum laude, 1973) and DePaul University (J.D. 1976). He is currently the principal of The Davis Law Group, P.C. in Northfield, IL . His practice is now concentrated in the area of DUI Defense and administrative hearings before the Secretary of State. He was a co-drafter of the original Illinois Summary Suspension Law and drafted revisions to the current Illinois MDDP law on behalf of the ISBA. He is a member of the legislative subcommittee for the ISBA Traffic Laws and Courts Section Council. He is a chapter author...

I earned my Juris Doctor from Northern Illinois University School of Law in 2013. While at NIU, I also participated in...

Mr. Wolf excels in strategic thinking which has helped him serve thousands of people to win at trial or get the best deal possible. He has vast experience in jury trials, bench trials, and motion hearings to protect his clients from overzealous law enforcement and prosecutors.

He has been published in the State of Illinois and nationally on topics including defending homicide cases, cross-examining expert witnesses, and Confrontation Clause...


Free ConsultationCannabis Law, Criminal Defense, DUI & DWI and Traffic Tickets
Loyola University Chicago School of Law
Show Preview
View Website View Lawyer Profile Email Lawyer
Merrill K. Davis is an Attorney at The Davis Law Group, P.C. Ms. Davis received her Bachelor of Arts from the University of Wisconsin-Madison with a major in Legal Studies. Ms. Davis received her J.D. from Loyola University Chicago School of Law where she received the CALI Excellence for the Future Award and the Prosser award for the highest grade in torts. She also served on Loyola University Chicago Law Journal as a Senior Editor. During law school, Ms. Davis gained valuable experience as a law clerk at a personal injury and worker’s compensation firm in Chicago. ... 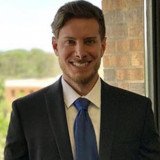 Alex has represented and advised businesses ranging from international organizations and Fortune 500 companies to non-profits, sole proprietorships, and closely-held corporations. Alex’s intimate knowledge in navigating local, state, and federal regulatory schemes have helped his clients excel within the current difficult legal landscapes in both the healthcare sector and the legal...

Free ConsultationCannabis Law, Criminal Defense, DUI & DWI and Domestic Violence
University of Michigan - Ann Arbor
Show Preview
View Website View Lawyer Profile Email Lawyer
The Ivec Law firm was founded in 2004 by JohnPaul Ivec with the purpose of providing superior legal representation. JohnPaul Ivec successfully represents clients, from petty offenses to super-X felonies, with an innovative, client-centered advocacy which is focused on results. JohnPaul gained extensive trial experience from his work as a prosecutor with the Will County State's Attorney and as a clerk with the Illinois State Appellate Public Defender. A distinct advantage for his clients, JohnPaul is able to draw from his legal training the University of Michigan, one of the nation's elite law...