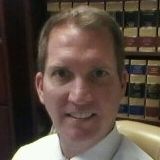 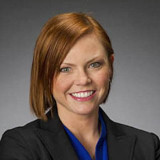 Claimed Lawyer ProfileSocial Media
Georgianne M. Walker
Dowagiac, MI Lawyer with 20 years of experience
(269) 783-4700 302 S. Front Street
Suite C
Dowagiac, MI 49047
Free ConsultationBusiness, Employment, Insurance Defense and Personal Injury
Valparaiso University School of Law
Show Preview
View Website View Lawyer Profile Email Lawyer
I started at May Oberfell Lorber as a law clerk in 2000. Upon graduation from law school, I became an associate, progressed to partnership, and have been with MOL ever since. I am passionate about my career, and thankful to be surrounded by such talented attorneys at MOL and in our community in general. I am licensed in both Indiana and Michigan, with the primary focus of my practice being litigation. I defend health care providers in medical malpractice disputes, manufacturers in commercial litigation disputes, and landowners in premises liability disputes. I also counsel and represent clients... 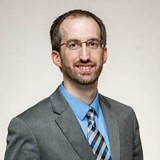 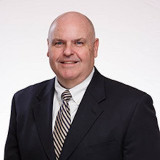 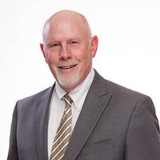 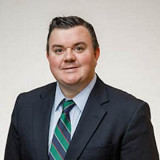 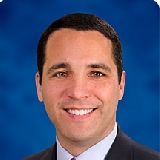 Barry’s practice focuses on all aspects of personal... 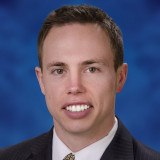 Free ConsultationPersonal Injury
Chicago-Kent College of Law, Illinois Institute of Technology
Show Preview
View Website View Lawyer Profile Email Lawyer
Nate is a personal injury lawyer with Conybeare Law Office. In 2018, the National Trial Lawyers Association named Nate one of its Top 40 Under 40 Civil Plaintiff Trial Lawyers in Michigan. Nate graduated from the University of Michigan and Chicago-Kent College of Law. While in law school, Nate interned with the United States Attorney’s Office and the Office of the Federal Defender. Nate graduated from the Trial Lawyers College in 2017, a prestigious trial program taught by several of the nation’s top trial attorneys.

Nate practices personal injury law because, according to him, it is a battle for the value... 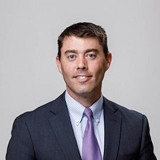 Matt received his law degree from the University of Detroit-Mercy Law School in 2007 and his undergraduate degree from Western Michigan University in 2003.

Matt is a respected litigator. His peers elected him to two terms on the State Bar of Michigan Workers’ Compensation Section Council. Since 2014 he has been selected as a “Rising Star” in Michigan worker’s compensation law. The “Rising Star” selection process by “Super Lawyers” includes independent research, peer nominations, and peer evaluations....

Free ConsultationPersonal Injury
Valparaiso University School of Law
Show Preview
View Website View Lawyer Profile Email Lawyer
Anne Buckleitner puts her more than 30 years in government and law to work for clients in the areas of civil rights, employment law, criminal defense, facilitative mediation and neutral workplace investigations. She litigates in both federal and state courts. Anne is an accomplished litigator and counselor, an experienced problem solver, and a strong advocate. Through negotiation, litigation, and mediation, Anne identifies and obtains the best possible results for her clients. Anne makes good communication with her clients a priority.

Anne was born and raised in St. Joseph, Michigan. She spent the first chapter of her career working for the federal... 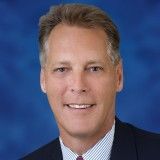 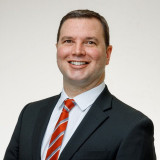 Free ConsultationAppeals, Employment, Medical Malpractice and Personal Injury
Santa Clara University School of Law
Show Preview
View Website View Lawyer Profile Email Lawyer
Matt joined May Oberfell Lorber in 2020. For over fifteen years, he has handled all phases of litigation in large markets, including Chicago and Indianapolis, and has successfully argued for reversals in the appellate courts of Indiana, Michigan, and the Seventh Circuit. Matt has extensive experience in personal injury matters, appellate law, litigation, medical malpractice, and domestic and family law and continues to focus his practice in these areas.

Business, Estate Planning and Real Estate
Western Michigan University Cooley Law School
Show Preview
View Website View Lawyer Profile Email Lawyer
For more than 28 years Brian has been handling most any manner of legal challenge his client's business is likely to encounter as it grows and weathers the storms that will come. This includes forming the business/entity, buying and selling an on-going business, buying and selling commercial real estate, human resource issues, contracts, leases, and representing businesses before the Michigan Talent Agency (i.e. unemployment agency), Michigan Department of Treasury, Michigan Department of Licensing, and Regulation, the Internal Revenue Service and many others. Brian is especially experienced in handling shareholder or member litigation, matters involving the Michigan liquor control... 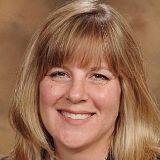 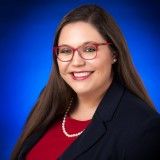 Free ConsultationAdministrative, Social Security Disability and Workers' Comp
Valparaiso University School of Law
Show Preview
View Website View Lawyer Profile Email Lawyer
Sasha Boersma was born and raised in Southwest Michigan. She attended River Valley High School in Three Oaks, Michigan, and then Western Michigan University. She first voiced her ambitions to be a lawyer in a 5th grade “I want to be a lawyer when I grow up” essay. These ambitions were greatly influenced by her late father Craig, who was incredibly proud to see her reach that goal when she graduated from the Honors Program at Valparaiso University School of Law in 2013. She was admitted to the Michigan Bar in 2013 and the Illinois Bar in 2016. She became... 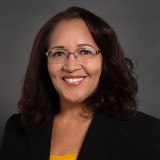 Estate Planning
University of California, Berkeley School of Law
Show Preview
View Website View Lawyer Profile Email Lawyer
At Legacy Counsel, we help people change their family tree by passing down their hard-earned assets protected from unnecessary taxes, creditors, and divorcing spouses so that the next generation can enjoy the fruits of financial freedom—stronger relationships, better health, less stress, and greater happiness. We accomplish this by educating our clients about financial, legal, and tax strategies that were previously available only to wealthy insiders. 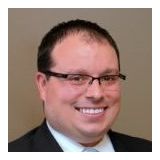 Over the course of his career, Ray has guided his clients through some of the most difficult times of their lives with genuine concern for their wellbeing. His legal knowledge has led to the the protection of their rights and the recovery of millions of dollars on their behalf....

Appeals, Criminal Defense, DUI & DWI and White Collar Crime
University of Detroit Mercy School of Law
Show Preview
View Lawyer Profile Email Lawyer
Attorney Daniel W. Grow of Grow Defense practices in all courts in West Michigan. Because Mr. Grow believes that your freedom comes first, he handles each stage of your representation personally. Never more than a phone call away, he will keep you apprised of all developments in your case and is happy to be your guide to a successful resolution of your charges. He has been successful in having charges dismissed or reduced, vindicated at trial, and resolved without substantial custody time or fines. 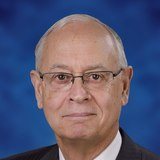 Claimed Lawyer Profile
Michael Marrs
SAINT JOSEPH, MI Lawyer with 52 years of experience
(269) 983-0561 519 Main Street
SAINT JOSEPH, MI 49085
Medical Malpractice and Personal Injury
Chicago-Kent College of Law, Illinois Institute of Technology
Show Preview
View Website View Lawyer Profile Email Lawyer
Michael D. Marrs graduated from Michigan State University in 1966, after which he attended the Illinois Institute of Technology, Chicago-Kent College of Law, and earned his Juris Doctor degree in 1970. Following graduation, Mike served as an Assistant U.S. Attorney in the Northern District of Illinois in Chicago from 1970 through 1975, as the Chief of the Narcotics Prosecution Unit. A native of Berrien County, he returned to Michigan where, until joining Conybeare Law Office, he was a sole practitioner located in Stevensville, with a practice focus in the areas of medical malpractice, auto negligence, product liability and general... 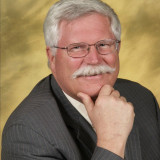 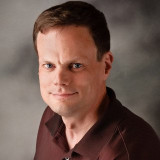 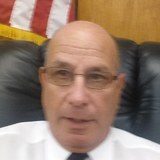 He currently serves on the Community Corrections Board for Van Buren County, and the the Kalamazoo Christian School Association Board.

Free ConsultationAppeals, Criminal Defense, DUI & DWI and Domestic Violence
Western Michigan University Cooley Law School
Show Preview
View Website View Lawyer Profile Email Lawyer
Scott Grabel is an experienced trial attorney with a strong history of positive results in drug, murder, criminal sexual conduct, and DUI/OWI cases. He has successfully argued cases before the Michigan Court of Appeals and has appeared as a commentator on Court TV's Best Defense for analysis of a murder case. Recently he was a guest on the Morning Blaze with Doc Thompson. He has served as an adjunct professor at the Thomas M. Cooley Law School and as a mentor for the Ingham County Bar Association's Mentoring Program. He is proud to be rated as one of the 10... 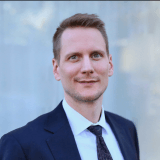 Business, Construction, Energy and Real Estate
Western Michigan University
Show Preview
View Website View Lawyer Profile Email Lawyer
Michael Zamzow is primarily an attorney litigator. This means his practice focuses on lawsuit proceedings in front of the court, also known as a trial lawyer. Mr. Zamzow advises his clients on complicated litigation to defendants and plaintiffs. These topics include construction issues, breach of contract matters, including the uniform commercial code and common law. He has years of experience representing clients in courthouses across Michigan.

Free ConsultationAppeals, Divorce, Domestic Violence and Family
Valparaiso University School of Law
Show Preview
View Website View Lawyer Profile Email Lawyer
I have been practicing family law for 28 years. It is my goal to provide each client with individual attention because each client and each case is different, and I enjoy the personal interaction with a client and working towards successful completion of each case to the benefit of each family. I have seen a need to specialize in parental alienation cases which has led to an overall greater experience in child custody cases. Secondly, I have specialized in complex divorce matters involving significant assets, business assets, determining complex income issues of executives, self employed, or... 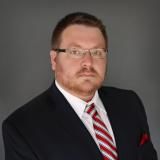 Free ConsultationDivorce, Domestic Violence and Family
Nova Southeastern University
Show Preview
View Website View Lawyer Profile Email Lawyer
BRENDAN N. GUILFORD was born and raised in Kalamazoo County, attending Vicksburg High School. He went on to earn his Bachelor of Arts undergraduate degree in Political Science from Alma College in 2005. After moving to Florida with his wife, Brendan received his law degree from Nova Southeastern University in Fort Lauderdale. While attending law school, he clerked for the community association firm Kahan Shir, PL in Boca Raton, FL. After graduating from law school, he relocated to the Tampa Bay region with his family in mid-2009. While working in and around Tampa, Brendan worked...
Next
Attorneys in Nearby CitiesAttorneys in Nearby Counties

The OneCLE Lawyer Directory contains lawyers who have claimed their profiles and are actively seeking clients. Find more Union Pier Lawyers in the Justia Legal Services and Lawyers Directory which includes profiles of more than one million lawyers licensed to practice in the United States, in addition to profiles of legal aid, pro bono and legal service organizations.