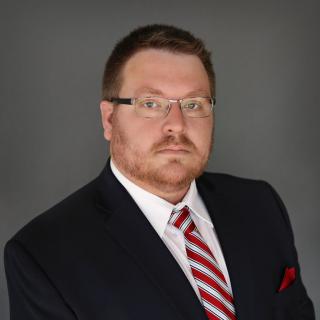 BRENDAN N. GUILFORD was born and raised in Kalamazoo County, attending Vicksburg High School. He went on to earn his Bachelor of Arts undergraduate degree in Political Science from Alma College in 2005. After moving to Florida with his wife, Brendan received his law degree from Nova Southeastern University in Fort Lauderdale. While attending law school, he clerked for the community association firm Kahan Shir, PL in Boca Raton, FL. After graduating from law school, he relocated to the Tampa Bay region with his family in mid-2009. While working in and around Tampa, Brendan worked as an of-counsel attorney for civil litigator Kerry Brown, Esq. and later as an associate family law attorney for Bill Beck Law, P.A. He now is a sole proprietor and principal of Guilford Law, PLLC in Kalamazoo, MI. Brendan resides in Portage with his wife and twin boys. Brendan became a member of the Florida and Federal Middle District of Florida Bars in 2010 and a member of the State Bar of Michigan in 2015. He is also trained as a Florida Supreme Court Certified Family Law Mediator. Brendan's areas of practice are primarily focused within family law, including divorce, post-judgment modifications, paternity matters, domestic violence and child support-related issues. He has also assisted clients with legal issues relating to community association law, business litigation, defamation, employment law, landlord-tenant law and bankruptcy.

US District Court - Middle District of Florida
Since 2010

Q. If the custodial parent is receiving ssi benefits for a child do they have to notify the court, as a type of income?
September 11, 2017
A: SSI benefits are not typically considered income for purposes of child support calculation. For easy to understand information about child support in Michigan, check out: https://michiganlegalhelp.org/self-help-tools/family/child-support-nutshell