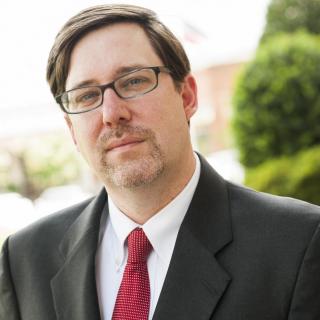 Christopher E. Kittell practices law at the Kittell Law Firm in Hernando, Mississippi. He received his BBA in Computer Information Systems from Delta State University in 1996 and his JD from the University of Mississippi School of Law in 1999. Chris received the prestigious James O. Eastland Scholarship to attend law school and was a member of the International Legal Fraternity of Phi Delta Phi while attending law school at Ole Miss. Chris is happily married to his wife Jennifer and is the proud father of three children. Chris practices primarily in the area of civil litigation, including the areas of consumer protection, Fair Credit Reporting Act (“FCRA”) litigation, personal injury and wrongful death. He is licensed to practice law in all state courts in Mississippi and the U.S. District Courts for the Northern and Southern Districts of Mississippi. He is also licensed to practice in the U.St. Court of Appeals for the Fifth Circuit and the U.S. Court of Appeals for the Eleventh Circuit, and is also admitted to practice in the U.S. District Courts for the District of Colorado, the Western District of Michigan and the Western District of Tennessee. Chris has received nationwide notoriety for his practice regarding the FCRA. Chris was involved in a $4.47 million verdict against Trans Union, at the time the largest verdict against a credit bureau. Chris is involved in FCRA cases across the nation and is often associated by lawyers around the country less familiar with the inner workings of the credit reporting industry. Currently, Chris is representing consumers from Mississippi to Indiana to New York. Chris also obtained a $2,273,000.00 verdict for a plaintiff in a slip and fall case in the Circuit Court of DeSoto County, Mississippi in August, 2006, which is believed to be the largest personal injury verdict to date in DeSoto County, Mississippi.

Q. If someone got a dui in Mississippi in a commercial vehicle and they have 2 other dui’s but they are in TN.
24 October 2019
A: First, because the other two are older than five years old.