Claimed Lawyer Profile
George Ripplinger
Saint Clair County, IL Insurance Claims Attorney with 49 years experience
(618) 234-2440 2215 W. Main St.
Belleville, IL 62226
Free ConsultationInsurance Claims, Legal Malpractice, Medical Malpractice and Personal Injury
University of Illinois - Urbana-Champaign
Show Preview
View Website View Lawyer Profile Email Lawyer
George has been representing plaintiffs (claimants) in serious personal injury cases and death cases as well as negligence cases against doctors, lawyers and other professionals for nearly 45 years. George is a graduate of the University of Illinois, Champaign-Urbana both under graduate and law school. He served on the College of Law's Board of Visitors, from 1979 to 1986 and was President of the Board of Visitors from 1983 to 1984. He was awarded the University of Illinois, College of Law, Distinguished Alumnus Award in 2007. Other awards include: The Fellows of the Illinois Bar Foundation Award for Distinguished... 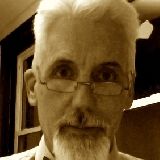 Claimed Lawyer ProfileSocial Media
Chad Murray
Macon County, IL Insurance Claims Lawyer with 10 years experience
(217) 441-2110 363 S. Main Street
Suite 505B
Decatur, IL 62523
Free ConsultationInsurance Claims, Estate Planning, Personal Injury and Probate
State University of New York - Buffalo
Show Preview
View Website View Lawyer Profile Email Lawyer
Based in Decatur, Illinois and serving clients throughout Central Illinois, I am a different kind of lawyer. I love value billing and flat fee arrangements. I embrace technology and use it to make my practice more effective. I worry about my clients, not their fees. I offer a valuable service to my clients, but I don't act like I'm better because of it. My practice focuses on personal injury, estates, and real estate. Can't make it to the office? No worries—I make housecalls if you need it.

Claimed Lawyer ProfileQ&ASocial Media
Peter C. Wachowski
Cook County, IL Insurance Claims Lawyer with 30 years experience
(800) 825-9260 15 N Northwest Hwy
Park Ridge, IL 60068
Insurance Claims, Personal Injury, Products Liability and Workers' Comp
The John Marshall Law School
Show Preview
View Website View Lawyer Profile Email Lawyer
Peter Wachowski is a well-rounded lawyer who takes great pride in his work and has a passion for helping people in need. He is constantly looking for ways to improve, and won’t stand for complacency. Peter is well educated and versed in his field, and as a result, he is able to help a wide array of clients with varying needs. He is very hard working, and is always going the extra mile to get the absolute best result for the client, even if that means investing more time and money into a case. He works to have satisfied clients,...


Chicago, IL 60606
Free ConsultationInsurance Claims, Medical Malpractice, Nursing Home and Personal Injury
Chicago-Kent College of Law, Illinois Institute of Technology
Show Preview
View Website View Lawyer Profile Email Lawyer
Jonathan Rosenfeld is lawyer that represents people injured in nursing homes and long-term care facilities. Jonathan has represented victims of nursing home abuse and neglect throughout Illinois and across the country. Jonathan's reputation as an aggressive advocate for the rights of the injured has resulted in millions of dollars recovered on behalf of his clients. Jonathan's successful representation of nursing home victims had resulted in many speaking engagements to elder groups. Jonathan is dedicated to improving the quality of life for nursing home residents who have been victims of abuse, neglect or fraud. By holding nursing homes and long-term...

I attended college at the University of Louisville where I actively volunteered for organizations assisting with events through out the Louisville community. I then attended law school in Miami, Florida where I was involved in many facets of the community in an array of...


Glenview, IL 60026
Free ConsultationInsurance Claims, Personal Injury and Products Liability
University of San Diego School of Law and Pepperdine University School of Law
Show Preview
View Website View Lawyer Profile Email Lawyer
My name is Barry Zlotowicz and I am a personal injury attorney in Glenview, Illinois. I have been actively involved in representing accident victims throughout the state of Illinois from Mount Vernon to Zion.

The majority of my practice is dedicated to motor vehicle accidents. This includes auto, truck, motorcycle, pedestrian and bicycle accidents. However, I also handle dog bite and slip/trip and fall cases.

I was raised in California and attended Pepperdine University Law School. After that I obtained my Masters of Law degree from the University of San Diego.

Twenty years ago I relocated to Illinois to get married. I...

Years ago David started representing personal injury victims with the following philosophy: work hard on every case, and do such a good job that each client would want to use... 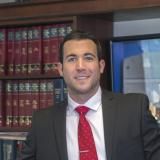 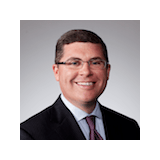 
Chicago, IL 60602
Free ConsultationInsurance Claims, Medical Malpractice, Personal Injury and Products Liability
DePaul College of Law
Show Preview
View Website View Lawyer Profile Email Lawyer
Joseph W. Balesteri is a partner at the Chicago-based plaintiff’s law firm Power Rogers & Smith. He joined the firm in 2000, and since that time, has handled many cases successfully, resulting in more than $400 million in verdicts and settlements for his clients, an average of $25 million per year. In recognition of his dedication to plaintiffs and achievements in the field, Mr. Balesteri has been awarded with honors such as “Super Lawyers” and “Leading Lawyers” by the Law Bulletin Publishing Company. 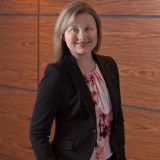 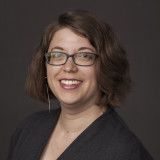 Jennifer counsels and represents policyholders on all aspects of disability coverage, from the filing of initial claims, to internal appeals, to litigating denials in state and federal court. She is intimately familiar with insurance industry operations and uses this knowledge to help her clients collect the benefits they are entitled to. As a Chicago insurance lawyer, Jennifer also provides strategic and practical advice...

After graduation, Rachel enrolled in Northern Illinois University’s College of Law, where she served as the Symposium Editor for the Northern Illinois University Law Review and as Clerk for Phi Alpha Delta’s Dooley Chapter. Her Law Review article, Battle for Baby: Proposed Legislation for Custody Battles over Frozen Pre-Embryos, was published in the...

At Tulane University Law School, Taylor pursued a certificate in sports law, which emphasized contract, labor and employment, negotiation, and intellectual property issues. She has had several opportunities to work with these topics through work with New Orleans Saints, New Orleans Hornets, Friedman & Salisbury Sports Management LLC, and...

When he first started his legal career, Jeremy often heard complaints due to the lack of attention clients received from attorneys they hired in the past. These well established lawyers, although successful, may have been so busy - they did not have the time to give each client the attention they needed. As a young attorney, this is how Mr. Wang built his law practice over the years- one... 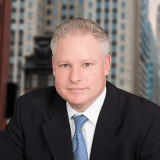 Chicago, IL 60602
Free ConsultationInsurance Claims, Asbestos, Medical Malpractice and Personal Injury
Loyola University Chicago School of Law
Show Preview
View Website View Lawyer Profile Email Lawyer
Matthew L. Willens is the founder of Willens Law Offices. He is an experienced, skilled and aggressive trial lawyer who fights for those who have been hurt by the negligence or legal fault of other people. He is a member of the Million Dollar Advocates Forum - an organization strictly limited to trial attorneys who have obtained million and multi-million dollar verdicts or settlements (less than 1% of lawyers in the US are members). Mr. Willens has a unique understanding of the dynamics and strategies of serious personal injury and wrongful death cases. In the past, he... 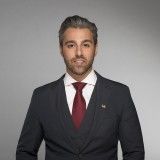 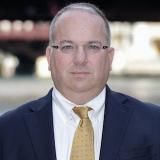 Lisa has recovered millions of dollars for clients including recoveries for investors and insurance policyholders. Lisa has successfully represented corporate officers and directors in SEC investigations and related litigation.

Orland Park, IL 60467
Free ConsultationInsurance Claims, Criminal Defense, DUI & DWI and Personal Injury
The John Marshall Law School
Show Preview
View Website View Lawyer Profile Email Lawyer
Michael J. Brennan has been a practicing Personal Injury and Criminal Defense trial lawyer since 1985. He graduated from John Marshall Law School with his Juris Doctorate and was an assistant state’s attorney on behalf of the People of the State of Illinois at the Cook County State’s Attorney’s Office. He has had over 30 years of trial experience handling State and Federal Criminal Defense Matters and Personal Injury cases from motor vehicle accidents to workplace injuries. In 1996, he formed his own law firm, Law Offices of Michael J. Brennan, P.C. Michael’s aggressive dedication to... 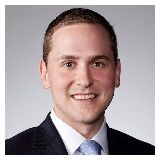 Claimed Lawyer Profile
George Jasinski
Cook County, IL Insurance Claims Attorney with 41 years experience
(708) 448-3100 7330 W College Dr.
Palos Heights, IL 60463
Free ConsultationInsurance Claims, Asbestos, Medical Malpractice and Personal Injury
The John Marshall Law School
Show Preview
View Website View Lawyer Profile Email Lawyer
Over 30 years of trial experience concentrating in representing plaintiffs and their families who are victims of catastrophic injuries, wrongful death, and work related injuries. On an annual basis, the Law Offices of George J. Jasinski recovers millions of dollars in compensation for it's clients. George has been named one of the "Top 100 Trial Lawyers" in Illinois by The American Trial Lawyers Association. George has been named an Illinois "Super Lawyer". Only 5% of all Illinois attorneys receive the distinction of "Super Lawyer". George has also been named a lifetime member of the Multi-Million Dollar Advocates Forum and the... 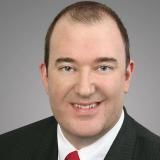 Claimed Lawyer ProfileSocial Media
Christopher William Holwell
Cook County, IL Insurance Claims Lawyer with 17 years experience
(312) 648-6115 20 N. Clark Street
Suite 3300
Chicago, IL 60602
Insurance Claims and Divorce
The John Marshall Law School
Show Preview
View Website View Lawyer Profile Email Lawyer
My interest in the law began before attending law school. After attending college at the University of Illinois at Chicago (1996), Christopher worked one of the largest insurance companies in Illinois as an injury claims adjustor and later, a senior claims adjustor. After graduating from John Marshall Law School (2002), he worked as an insurance defense and divorce trial attorney. Since the start of his career as an attorney advocate, my practice focuses on divorce and other litigation matters including an active trial practice. My office handles matters in Cook County, Lake County, Will County, DuPage County...

Claimed Lawyer ProfileBlawgsearchSocial Media
Philip J. Berenz CPA, JD
Cook County, IL Insurance Claims Attorney with 19 years experience
(312) 375-6524 33 North Dearborn St
Suite 1000
Chicago, IL 60602
Free ConsultationInsurance Claims, Asbestos and Legal Malpractice
Indiana University - Indiana University-Bloomington and DePaul College of Law
Show Preview
View Blog View Lawyer Profile Email Lawyer
PASSION - INTEGRITY - TRUST - RESULTS "Before you can inspire with emotion, you must be swamped with it yourself. Before you can move their tears, your own must flow. To convince them, you must yourself believe." -Sir Winston Churchill Philip Berenz is a Chicago trial attorney truly committed to assisting individuals and businesses with securing all available remedies and compensation for injuries and disputes and defending them when necessary. His passion for his beliefs of aggressive and zealous representation and true empathy for his clients' situations, circumstances, life-altering events and suffering shines through at trial time before a jury, in everyday conversations with...
Next
Insurance Claims Attorneys in Nearby Cities

The OneCLE Lawyer Directory contains lawyers who have claimed their profiles and are actively seeking clients. Find more Madison County, Illinois Insurance Claims Lawyers in the Justia Legal Services and Lawyers Directory which includes profiles of more than one million lawyers licensed to practice in the United States, in addition to profiles of legal aid, pro bono and legal service organizations.