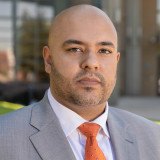 
Free ConsultationImmigration
Brigham Young University
Show Preview
View Website View Lawyer Profile Email Lawyer
I have a unique background and have worked at the prosecutor's office on criminal cases, with state judges, and with immigration judges. This has given me an insight into the legal system, and the way that a judge will look at the evidence and the things they find compelling in deciding a case. My experience has allowed me to prepare myself and my clients for the best legal defense possible and to help my clients find solutions. The experience I gained not only in working behind the scenes but also in writing legal arguments to the court and... 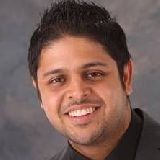 Free ConsultationImmigration
Pepperdine University and George Mason University
Show Preview
View Website View Lawyer Profile
Unlike most of the immigration attorneys in the U.S., Ms. Edyta Christina Grzybowska Grant is an immigrant herself. She is half Polish, half Bulgarian, and is a legal resident of three countries, including the U.S. From the day she was born, literally, she had to deal with immigration issues. As such, she has a much better understanding of the apprehensions and concerns shared by all foreigners and those without status, because she has experienced most of the immigration processes herself: student visas, tourist visas, work visas, marriage to a U.S. citizen, adjustment of status, etc. Being a... 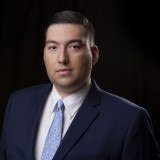 Claimed Lawyer Profile
Blanca Estela Zarazua
Salinas, CA Immigration Law Lawyer with 34 years of experience
(831) 422-0302 319 Salinas St
Salinas, CA 93901
Immigration
Santa Clara Univ School of Law
Show Preview
View Lawyer Profile Email Lawyer
Blanca Zarazúa’s father, Aquilino, came to the United States in 1945 when he began working as a Bracero or guest worker in Chualar, California. Ms. Zarazua maintains her own law practice in Monterey County, California and has been in practice since 1987 when she began working as Associate Tax Counsel with Bank of America in San Francisco, California; she was a Certified Tax Specialist for 20 years. Prior to joining Bank of America, Ms. Zarazúa worked as a law clerk with the California Supreme Court in San Francisco. While still a student, Ms. Zarazúa worked for the...


Free ConsultationImmigration and Employment
Thomas Jefferson School of Law and Thomas Jefferson School of Law
Show Preview
View Website View Lawyer Profile Email Lawyer
Ian M. Seruelo is a passionate and staunch advocate for worker and immigrant rights. An activist at heart, having him on your side means you have a champion who will fight for your rights and interest with intensity and dedication.

Mr. Seruelo has a long experience of activism and community organizing in the Philippines and in the United States. He has a passion for social and economic justice, and was deeply involved in various campaigns and movements that advance the interest of the marginalized. From his years in law school up to the present, he has volunteered thousands of hours...

Immigration and Criminal Defense
University of California Hastings College of the Law
Show Preview
View Website View Lawyer Profile Email Lawyer
Ashkan Yekrangi graduated from the University of California, Irvine with a Bachelor’s Degree in International Studies. Later, Ashkan attended the University of California, Hastings College of the Law in San Francisco. As a student at UC Hastings, Ashkan wrote-on to the Hastings Law Journal, serving as an editorial staff member. Ashkan then served as Senior Production Editor for the journal until his graduation. While at UC Hastings, Ashkan had the invaluable experience of serving as a judicial extern for the Honorable Justice Kennard at the Supreme Court of California. After graduation, Ashkan worked at several law firms throughout California... 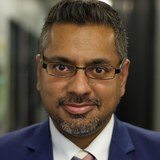 Claimed Lawyer ProfileQ&ASocial Media
Nareshwar Singh Virdi
Sacramento, CA Immigration Law Lawyer with 8 years of experience
(916) 378-0259 3838 Watt Ave Bldg F-600
Sacramento, CA 95821
Immigration, Criminal Defense, Family and Personal Injury
University of the Pacific, McGeorge School of Law
Show Preview
View Website View Lawyer Profile Email Lawyer
Nareshwar Virdi at Acquest Law, Inc. offers an innovative approach to legal services. As one of three attorneys who was raised in India and now living in Sacramento, he provides sound legal options to clients in need and a voice to tell their story. Practicing in Sacramento, he prides himself on a higher level of legal representation for his fellow immigrants, former residents, U.S. citizens and those from other countries.

Claimed Lawyer ProfileQ&ASocial Media
Deron Edward Smallcomb
San Diego, CA Immigration Law Attorney with 9 years of experience
(888) 902-9285 789 Gateway Center Way
San Diego, CA 92102
Free ConsultationImmigration
Santa Clara University, Oxford University, and Empire Law School
Show Preview
View Website View Lawyer Profile Email Lawyer
For the past 10 years, our practice has achieved over 10,000 approvals for our clients. Whether you are interested in marriage based immigration, asylum, a Green Card, or a business visa, we can help. We speak many languages, so call us today at (888) 902-9285 for a Free Consultation! We have offices in both California and New York, and we help clients in all 50 states and all over the world.

Claimed Lawyer ProfileSocial Media
Sweta Khandelwal
San Jose CA, CA Immigration Law Lawyer with 17 years of experience
(408) 995-3294 95 S Market St. Suite 410
San Jose CA, CA 95113
Immigration
UCLA School of Law and Faculty of Law, Delhi University
Show Preview
View Website View Lawyer Profile Email Lawyer
Sweta has been practicing law for more than 10 years and has represented clients across multiple nationalities. Sweta has been recognized as amongst the "Top 40 under 40" immigration attorneys in CA by the American Society of Legal Advocates. An immigrant herself, Sweta came to the US as a dependent on a H-4 Visa, transferred to a student (F-1) visa, interned under the Optional Practical Training (OPT) Program, worked on a H-1B Visa, and is finally self-employed while obtaining her Permanent Residency. Sweta has navigated her way through the complex web of US immigration laws and... 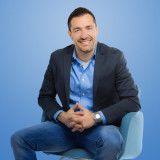 Immigration
California Western School of Law and Manchester Metropolitan University
Show Preview
View Website View Lawyer Profile Email Lawyer
Jacob Sapochnick is recognized as one of the most innovative, up and coming Immigration Lawyers in the nation. He devotes 100% of his practice to Immigration Law, representing Corporations, Hotels, Restaurants, and other organizations, as well as, entrepreneurs, and individuals worldwide. He also provides legal support and representation in family sponsored immigration matters. 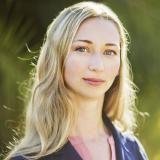 Immigration
California Western School of Law and Samara State University, Samara, Russia
Show Preview
View Website View Lawyer Profile Email Lawyer
Practice of immigration law is my passion. As an immigrant myself I understand the challenges foreign nationals go through when immigrating to the U.S., and I am committed to helping you make this process as easy as possible. My experience shows that success of each case is dependent on the careful preparation and individualized approach to each immigration matter. I make it my priority to take cases only if I can dedicate enough time to provide the best quality service and personal attention to each client. Having practiced immigration law for over the past 8 years, I have...

The OneCLE Lawyer Directory contains lawyers who have claimed their profiles and are actively seeking clients. Find more Paso Robles Immigration Lawyers in the Justia Legal Services and Lawyers Directory which includes profiles of more than one million lawyers licensed to practice in the United States, in addition to profiles of legal aid, pro bono and legal service organizations.