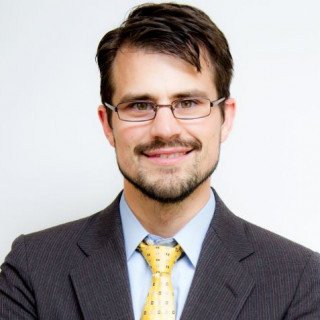 Otis greatly enjoys learning languages. He speaks both Spanish and Mandarin Chinese. He believes that with increasing globalization, people need to get to know one another; a good way to start is to learn each other's language.

Before practicing law, Otis lived in countries as diverse as Spain, Argentina, Japan, China and Ecuador. He received two bachelor's degrees (in Philosophy and Linguistics) from Washington State University, and he later received his law degree from Golden Gate University School of Law in San Francisco. While at Golden Gate, Otis received various honors and awards and placed among the top of his class.

There is Hope! Your Guide to Winning in Immigration Court
Self Published; First edition (September 16, 2016)

www.LanderholmImmigration.com. California Immigration Attorney Otis C. Landerholm fights for the rights of immigrants in the United States. If you need help with your case, no matter how complex, please don't hesitate to give us a call - 510-488-1020!

Q. Is it safe to go to Warsaw for an interview if we have an AOS case going here?
September 6, 2022
A: If your mom is eligible for AOS, and if she leaves the US without an advanced parole document, she will "abandon" her AOS case. My best advice is to talk this strategy through well with a lawyer first. I would almost never recommend that a person leave the US to process a case at the US consulate especially if they have a strong case for AOS here. Good luck!