Free ConsultationAnimal, Insurance Claims, Traffic Tickets and White Collar Crime
Show Preview
View Website View Lawyer Profile Email Lawyer
Angel Mae Webby was born in Lansing, Michigan in 1979 and has resided in Pennsylvania since 1980. She graduated with honors from Crestwood High School and furthered her education at King's College in Wilkes-Barre. Ms. Webby was a third generation King's College attendee. She graduated from King's College in the Honors Program with a B.A. in Criminal Justice and Sociology. Angel Mae Webby attended law school at Dickinson School of Law, where she received the Nadel Scholarship and Pinkus Grant for academic achievement. Also, while at Dickinson Law School she was active in leadership and committe positions. She graduated with...

Claimed Lawyer ProfileSocial Media
Bernard Ilkhanoff
East Petersburg, PA Animal & Dog Law Lawyer with 26 years of experience
(717) 690-2857 2085 State Street
East Petersburg, PA 17520
Animal, Criminal Defense, Family and Personal Injury
Temple University Beasley School of Law
Show Preview
View Website View Lawyer Profile Email Lawyer
My interests lie in representing those whose disputes require a skilled lawyer in the courtroom. As a graduate of Temple University School of Law's famed trial advocacy program, I acquired the necessary skills, techniques and experience to serve my clients well, both pre-trial and at trial. I thrive in and am comfortable in competitive situations and parlay that into good results for my clients.

Jared grew up in North Huntingdon, PA in Westmoreland County. He received his J.D. from Penn State Law School. Following graduation, he served as the Senior Judicial Law Clerk to the Honorable Jennifer Harlacher Sibum of the Monroe County Court of Common Pleas. Jared developed the research, writing, and analytical skills which are required of a successful attorney. He actively participated in criminal, civil and family law, as well as civil forfeiture matters.

Jared brings his research, writing, and analytical abilities, as well as his knowledge of the inner workings of...

Animal, Arbitration & Mediation, Consumer and Criminal Defense
University of Pittsburgh School of Law
Show Preview
View Website View Lawyer Profile Email Lawyer
Shawn Brothwell is an important part of the Family Law and Criminal Defense teams at Ciccarelli Law Offices. Shawn was born and raised in a small town in northeastern Pennsylvania. He attended the University of Scranton, where he majored in psychology. Shawn then worked as a social worker for special needs children for four years. Seeking a new challenge, Shawn decided to attend law school.

Shawn received his J.D. from the University of Pittsburgh School of Law in 2015. He interned for the Allegheny County Orphans’ Court and also for a firm specializing in Workers’ Compensation and Personal Injury...

Jim is a compassionate attorney, patient listener and tenacious advocate, who utilizes his knowledge and smart applications of the law to obtain great outcomes in his cases. He...

Free ConsultationAnimal, Construction, Insurance Claims and Personal Injury
Temple University
Show Preview
View Website View Lawyer Profile Email Lawyer
Jay Solnick earned his bachelor’s degree in Economics from Brandeis University in Boston, Massachusetts and a law degree from Temple University School of Law. Jay has extensive experience litigating a wide variety of cases and claims in the state and federal courts of southeastern Pennsylvania and New Jersey. The insight and experience gained throughout his career, including the years which he spent handling insurance defense cases, are now utilized to the benefit of his clients in pursuing their claims. Jay’s practice is focused in the areas of personal injury, insurance claims, and other matters involving the rights of individuals. Jay...

Mr. Fishman has developed a multi-lingual...

Animal, Insurance Claims, Nursing Home and Personal Injury
Cornell University
Show Preview
View Website View Lawyer Profile Email Lawyer
NEUWIRTH LAW OFFICE HELPS INDIVIDUALS IN MONTGOMERY AND PHILADELPHIA COUNTIES WHO HAVE BEEN INJURED IN AUTO ACCIDENTS, SLIP AND FALLS, AND OTHER MISHAPS CAUSED BY SOMEONE ELSE'S NEGLIGENCE. ANDREW NEUWIRTH HAS REPRESENTED BOTH SIDES OF PERSONAL INJURY CASES AND THEREFORE UNDERSTANDS INSURANCE COMPANY PRACTICES AND KNOWS WHAT EVIDENCE IS VITAL TO THE CASE AND RECOGNIZES WHICH LEGAL ARGUMENTS ARE MOST COMPELLING TO A JUDGE AND JURY. MY TEAM WORKS HARD TO THOROUGHLY INVESTIGATE YOUR CASE TO ENSURE THAT CLIENTS RECEIVE THE COMPENSATION THAT THEY DESERVE.

Claimed Lawyer Profile
Christopher M. Patterson
Lancaster, PA Animal & Dog Law Attorney with 42 years of experience
134 North Lime Street
Lancaster, PA 17602
Animal, Criminal Defense, DUI & DWI and Juvenile
University of Baltimore School of Law
Show Preview
View Lawyer Profile Email Lawyer
Chris grew up in Lancaster and graduated from J.P. McCaskey High School in 1970. In 1974 he graduated with honors from the University of Notre Dame, where he received a BBA in Accounting. Before entering law school he worked in Chicago for a Big Eight accounting firm and became licensed as a Certified Public Accountant in Illinois. He graduated from the University of Baltimore School of Law in 1978. While in law school he was employed by the United States Department of Justice Tax Division, Washington, D.C. After graduation from law school Chris began practicing law in Lancaster. He has...

Jeffrey has received consistent recognition for his outstanding client advocacy. He has been recognized by the National Trial Lawyers Top 40 under 40, and is one of the fewer then 1% of lawyers across the country who is a life-long member of the...

Claimed Lawyer ProfileQ&ASocial MediaResponsive Law
Gabriel Zalman Levin
Philadelphia, PA Animal & Dog Law Lawyer with 19 years of experience
(215) 825-5183 1500 John F. Kennedy Blvd
Suite 620
Philadelphia, PA 19102
Free ConsultationAnimal, Insurance Claims, Medical Malpractice and Personal Injury
Temple University
Show Preview
View Website View Lawyer Profile Email Lawyer
Attorney Gabriel Levin is known as a tenacious fighter who protects his client's interests as though they were his own; he has tried hundreds of cases and handled all types of personal injury matters and prides himself on helping victims. Every case is meticulously prepared for trial. Trying cases to juries is what Mr. Levin enjoys the most. Clients know that Gabriel Levin is a very responsive attorney, keeps client fully informed, and always gets back to them in a timely manner. Mr. Levin has continuously been named as a Super Lawyer and was also named to the... 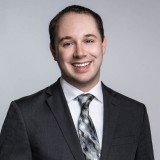 Animal, Business, Construction and Consumer
University of Pittsburgh School of Law
Show Preview
View Website View Lawyer Profile Email Lawyer
Attorney Anthony Werner is a diligent litigator dedicated to achieving justice on behalf of his clients. He joins Very Law from a private practice criminal defense firm, where he provided persistent and tireless representation in a wide range of criminal cases in Pennsylvania courts. Born and raised in Pittsburgh, Anthony has dedicated his legal career to representing his Pittsburgh neighbors. His fervent commitment to his clients and his passion for justice make him an attorney you want on your side.

Animal, Business, Construction and Consumer
Boston University School of Law
Show Preview
View Website View Lawyer Profile Email Lawyer
Like his late grandfather, Ryan Very is a zealous trial attorney who asserts rights and promotes justice. A fourth-generation Pittsburgher, he has represented hundreds of small businesses and consumers in a wide-variety of civil litigation and criminal defense matters. Mr. Very attended a top-twenty law school. Upon graduation he was awarded a fellowship at the American Civil Liberties Union, one of the most sophisticated legal organizations in American history. He worked at the Pennsylvania chapter, which legalized same-sex marriage state-wide. A proficient litigator, he has negotiated hundreds of thousands of dollars in civil settlements, and plea bargained for the withdrawal...

Claimed Lawyer Profile
Russell K. Turner
Pittsburgh, PA Animal & Dog Law Lawyer with 1 year of experience
(412) 430-0136 500 Grant Street
Suite 2900
Pittsburgh, PA 15219
Animal, Consumer, Criminal Defense and DUI & DWI
Duquesne University School of Law
Show Preview
View Lawyer Profile Email Lawyer
Attorney Russell Turner has dedicated his career to fighting for others. He was selected by the County Bar Foundation’s Pro Bono Center to assist indigent family law litigants. At the Duquesne University Civil Rights Clinic, he specialized in expungements and pardons. He made national news when he appeared on NBC’s Megyn Kelly Today, where he discussed his legal aspirations with the cast of Will & Grace. An attorney you want in your corner, Mr. Turner resolves client issues with close personal attention and a tireless work ethic.

The OneCLE Lawyer Directory contains lawyers who have claimed their profiles and are actively seeking clients. Find more Shavertown Animal & Dog Lawyers in the Justia Legal Services and Lawyers Directory which includes profiles of more than one million lawyers licensed to practice in the United States, in addition to profiles of legal aid, pro bono and legal service organizations.