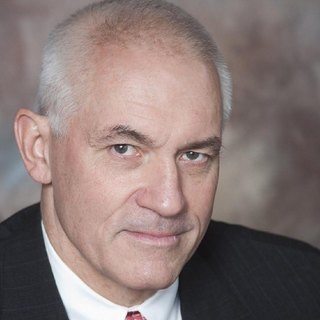 Chris grew up in Lancaster and graduated from J.P. McCaskey High School in 1970. In 1974 he graduated with honors from the University of Notre Dame, where he received a BBA in Accounting. Before entering law school he worked in Chicago for a Big Eight accounting firm and became licensed as a Certified Public Accountant in Illinois. He graduated from the University of Baltimore School of Law in 1978. While in law school he was employed by the United States Department of Justice Tax Division, Washington, D.C. After graduation from law school Chris began practicing law in Lancaster. He has specialized in criminal defense of felony, misdemeanor and traffic offenses for more than 33 years. He was admitted to the Pennsylvania Bar in 1978, federal bar of the Eastern District of Pennsylvania in 1985, and bar of the United States Supreme Court in 1986. Chris has been honored to receive an A-V rating from Martindale-Hubbell. He has met the rigorous experience and educational requirements mandated by Pennsylvania Rule of Criminal Procedure 801 to serve as Lead Counsel in Capital Murder cases, and has successfully defended clients charged with homicide. Chris has represented clients in state and Federal Courts throughout Pennsylvania and in Federal Courts in Florida, Vermont and New Jersey. Chris is a member of the Lancaster County and Pennsylvania Bar Associations, National Association of Criminal Defense Lawyers and Pennsylvania Association of Criminal Defense Lawyers (PACDL). He has been a member of the PACDL Board of Directors since 2001, and has served as Eastern District Vice President. He has lectured to statewide audiences for the Pennsylvania Bar Institute and Pennsylvania Association of Criminal Defense Lawyers, and to local lawyers through the Lancaster County Bar Association. Chris was a member of the Manheim Township Board of School Directors from 1987-1995. His leisure activities include motorcycling, amateur radio and maintaining a fruit orchard. He is a mem

Eastern District of Pennsylvania
Since 1979