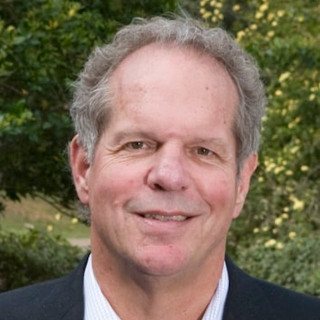 William was born and raised in Jackson, Mississippi. He is dedicated to community service, having served on the Board of Directors of YMCA of Metropolitan Jackson, Downtown YMCA, USM Foundation, The Shepherd's Staff Counseling Center, Neighborhood Christian Center, and the Covenant Presbyterian Preschool. He is married to DeAnn Hall Wright and they have two daughters, Julia and Anna. The Wrights attend First Presbyterian Church in Jackson.

U.S. District Court for Northern Districts of Mississippi
Since 1974

U.S. District Court for Southern Districts of Mississippi
Since 1974

My Friend, the Judge
The Matrimonial Strategist (LJN)
2012

Who is 'Any Person' Anyway? The Reach of the Federal Wiretapping Act Inside the Home
The Matrimonial Strategist (LJN)
2010

Q. My husband’s kids mother is willing to sign her rights over to him does that still require a lawyer to do so?
August 23, 2021
A: A lawyer is not required to be retained for a parent to terminate her parental rights. Likewise, your husband could perform his own vasectomy without a doctor if he chose to do so. But he wouldn't do that, of course. Believe it or not, a parental termination case is just as serious as a vasectomy. You don't want failure. If your husband wants to make sure the mother's parental termination is done correctly without fear having it set aside, he absolutely must retain an attorney who has handled termination cases in the past. The chancery clerk's office in your county can help identify local lawyers who handle Termination of Parental Rights (TPR) cases.

Q. In the state of MS who can press charges on an adult in regards to a minor? Ex: mother does have custody Gramaw does
August 14, 2021
A: The question is a somewhat confusing. However, anybody of any age can report a crime at anytime regardless of custody designations is the answer I think you are looking for.

Q. My best friend is being raped by her husband and needs to leave state with her two kids. She lives in Mississippi.
August 5, 2021
A: This is a terrible situation. I am assuming the two children are also your friend's husband's children. There is no law prohibiting her travel out of state with her children. If Michigan is where she has friends or family, that is the logical destination for her on a temporary basis. If she intends to re-locate to Michigan, that is a different story and will require a more complicated and detailed answer concerning child custody jurisdiction. Also, you friend needs to call law enforcement in Mississippi immediately if she if being raped. If he is arrested and later convicted of a crime, your friend's custodial posture will be less complicated.