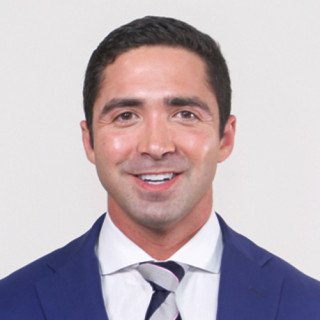 Thomas was born in Boca Raton, FL and grew up in the south Florida area. He obtained a Bachelors in Business Administration (B.B.A.) in Finance from the University of Miami in 2010, and a Juris Doctor (J.D.) from the New York University School of Law in 2013, with a concentration in the area of Trust & Estates. Thomas has passed the bar exam in both New York and New Jersey, and his score qualified him to waive into two additional jurisdictions, Washington D.C. and Minnesota. He also passed the Florida bar exam in February of 2015.

Thomas previously worked in the wealth strategy department of US Trust, Bank of America’s Private Wealth Management subsidiary. In this role he gained experience meeting the financial and estate planning needs of ultra-high net worth clients. Thomas’ work experiences include interning for the White House Council on Environmental Quality under the Obama Administration in 2009. He also was an intern for the British Council with offices located in the UK mission to the United Nations. He has managerial experience from working as Office Manager/ Program Director for the Environmental Coalition of Miami & the Beaches (ECOMB Inc.).

Thomas was also executive director of a non-profit organization called “Students in the Know” which ran the Bullying Academy program to educate students about bullying and cyber bullying within their school communities. The Bullying Academy was among many small business and non-profit organizations that were nominated in recognition for their leadership, integrity and management skills in the Fort Lauderdale area. At the 2013 Small Business of the Year Awards, the Bullying Academy was presented an award for Outstanding Business Practices & Success by the Fort Lauderdale Chamber of Commerce. The Bullying Academy also was awarded a Change Maker of the year award in 2012, from Ashoka Change Makers during their Activating Empathy International Competition.

Managing Partner
Walser Law Firm
2014 - 2020
Assist in planning for clients' life, longevity and legacy. Involved in each stage of developing effective estate plan strategies for clients, which includes consultations with clients, drafting and execution of documents, and proper implementation of desires. We handle everything from basic estate planning, providing a will, revocable trust, or lifetime documents such as durable powers of attorney, living will and medical decision making. We provide business planning, encompassing creditor protection via creation of LLC or trust entities to hold IRAs or other assets. We specialize in providing timely and efficient probate services to handle the administration of an estate upon the death of a decedent.

Summer Associate
Walser Law Firm
2012 - 2012
Conducted legal research and writing in the areas of estate planning and probate law. Drafted wills, trusts, and supplementary documents on WealthCounsel program. Participated in client meetings and closely collaborated in developing tailored strategies for a diverse client base. Assisted in administration of trust accounts, responding to client needs while working within trust instrument limitations. Monitored payments made for guardianship and assisted living costs.

Intern
British Council: UK Mission to the United Nations Dates Employed
2010 - 2010
Served as an administrative assistant to the director of global partnerships. Maintained schedules and coordinated meetings with nonprofit and governmental organizations. Organized and directed events at the United Nations for student groups.

Intern
White House Council on Environmental Equality
2009 - 2009
-Under the Obama Administration -assistance to Director of International Affairs Relating to Climate Change Coordinated and attended meetings between foreign embassies and other NGOs with CEQ directors. Conducted research on current topics in environmental policy and law in order to create meeting briefs and informational binders. Drafted responses to letters and responded to telephone inquiries.

Attorney of the Month
Legal Aid Service of Broward County
2021
Tommy Walser, a partner at Florida Probate Law Firm, PLLC, has volunteered with Legal Aid Service of Broward County’s “No Place Like Home” program for the past 2 years. His pro bono work includes providing probate services to low-income and vulnerable members of our community in need of legal assistance. Mr. Walser is committed to providing pro bono services to these underserved populations who could not otherwise afford legal assistance.