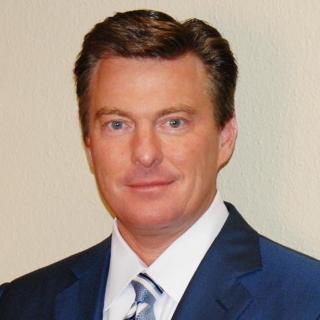 Robert E. Ammons is the founding partner of The Ammons Law Firm LLP. Rob received his B.A. from Baylor University in Waco, Texas. After receiving an academic scholarship, Rob continued his education at Baylor University School of Law where he was Editor of the Baylor Law Review, a member of the Order of the Barristers, and a member of Phi Delta Phi Legal Fraternity. He received his J.D. cum laude in 1988 and was selected to serve as a Briefing Attorney for the Texas Supreme Court. Rob has represented consumers in products liability litigation since 1991. He is Board Certified in Personal Injury Trial Law by the Texas Board of Legal Specialization. Rob is also Board Certified in Civil Law by the National Board of Trial Advocacy. He is individually rated “AV” by the Martindale-Hubbell Law Directory. Rob is a member of the American Board of Trial Advocates (ABOTA). Rob has been included on the Texas Super Lawyers List every year from its inception in 2003 through 2015, and he has been selected by his peers for inclusion in The Best Lawyers in America©. In 2010, Rob was named the Best Civil Attorney by the Houston Press. For more than two decades Rob Ammons has concentrated his practice on tire and automotive defect litigation. Rob represents consumers exclusively. He has successfully prosecuted hundreds of catastrophic injury and wrongful death cases against tire manufacturers, automakers, tire retailers and tire service centers including Michelin, BFGoodrich, Uniroyal, Cooper Tire, Goodyear, Dunlop, Bridgestone/Firestone, Continental/General Tire, Kumho Tire, Yokohama, General Motors, Ford, DaimlerChrysler, Honda, Toyota, Isuzu, Hyundai, Nissan, Mitsubishi, BMW, Mazda, Discount Tire, Pep Boys, Les Schwab, and Walmart. Rob Ammons has been lead counsel in 273 cases that have resulted in verdicts and settlements of $1,000,000 or more. Rob’s $82.5 million dollar record setting verdict in Petrie v. Hanover is included in the Texas Verdict Hall of Fame.