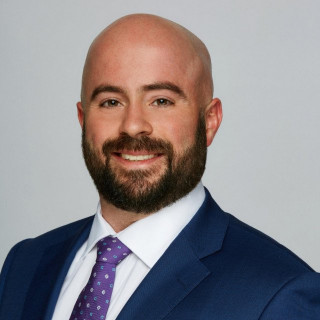 Michael has worked on several high stakes matters in state and federal court throughout the Southeastern United States. As a civil litigator, Michael served as counsel in many insurance claim related matters and injury-related cases, including car and trucking accidents, slip-and-falls, negligent security, and toxic torts. He recently led the representation of a large number of plaintiffs who developed leukemia and other blood-related cancers subsequent to working as part of the 2010 Deepwater Horizon Oil Spill clean-up response. He has handled negligent security cases involving shootings resulting in catastrophic injuries and paralysis.

Michael has experience in representing the interests of people and businesses in state and federal court. He previously served as counsel for a publicly-listed real estate investment trust, where he handled the company’s landlord-tenant related litigation. He has also represented apartment buildings, home-owner’s associations, and property management companies throughout the state of Florida.

Michael has a strong passion for legal advocacy, especially when he has the opportunity to represent disadvantaged members of the community. Throughout his career, Michael has maintained a passion for criminal defense. He has successfully represented clients in cases involving attempted murder, armed cocaine trafficking, cargo theft, drug trafficking, shootings, and insurance fraud. He has taken cases to trial involving most any crime and obtained acquittals in the great majority of those cases. He has also litigated Florida’s Stand Your Ground law in state court several times and has served on law school panels on the subject.

Q. Can my criminal background stop me from getting a job at Dollar General as a cashier
19 July 2021
A: Unfortunately, they are allowed to choose not to hire you based on your background. I wish you the best of luck. Keep trying, you're doing the right thing.

Q. Im getting charged with resisting officer without violence from 2 months ago was wondering what i was looking at
18 July 2021
A: Resisting Without Violence is a first degree misdemeanor. That means the potential penalty is up to 1 year in jail or 12 months probation. These cases are hard to prove depending on what you are accused of and what county you are in. It all depends on the facts of your case. If it is your first offense, your attorney can sometimes get you into a program where you take a class, pay a fine, maybe do some community service, and all of the charges will be dismissed.

Q. Being sued for a car accident involving an employee. Forwarded summons to insurance but they have not responded.
18 July 2021
A: Call your insurance company and notify them about the incident. You don't want to wait for them to receive the summons and/or respond. Get someone on the phone.