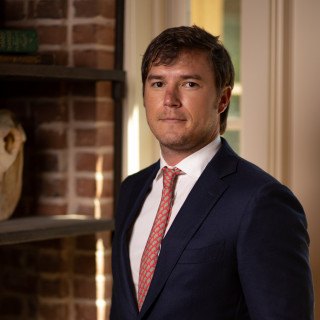 Attorney Harrison Spires is a Partner with the The Simon Law Firm, P.C. in Atlanta, Georgia. As a top-rated trial lawyer, Mr. Spires devotes his practice exclusively to personal injury and wrongful death claims resulting from someone else's negligence, carelessness or unlawful actions.

Serving clients throughout Georgia, Mr. Spires has achieved notable success advocating on behalf of those in need. As a former insurance defense attorney, he has invaluable insight into the tactics insurance companies use to reduce or deny claims, which enables him to build the strongest, most effective cases possible on his clients' behalves to help them secure the full amount of compensation to which they are entitled.

Throughout his career, he has recovered numerous substantial awards for those he has served, earning his reputation as one of the top trial advocates in the region. Recognized for his success, he was named among the Top 40 Under 40 by The National Trial Lawyers in 2017, Rising Star by Super Lawyers in 2018-2020, and he has received other awards and honors for his professionalism and service.

A 2005 graduate of the University of Georgia, Mr. Spires attended Mercer University School of Law, where he obtained his Juris Doctor in 2009. A dean's list scholar, he twice received the CALI Award for Excellence, one for Evidence and another for Torts, and he also earned his Certificate in Advanced Legal Writing. He received his license to practice from the State Bar of Georgia in 2009.

Regarded as an emerging leader in his field, Mr. Spires maintains blogs and conducts lectures throughout his region on a variety of legal topics related to personal injury and wrongful death claims. He is also highly active in his legal community, as evidenced by his membership in several local, state and national bar associations.

Atlanta injury attorney Christopher Simon discusses a tragic case involving the death of a client in a DUI related crash where a bar had overserved two visibly drunk drivers, who...