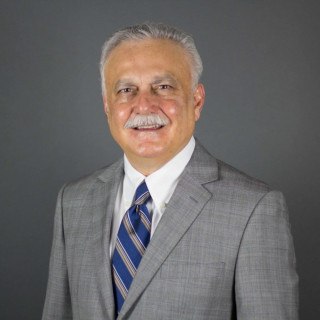 Francisco G. Medina, founder of the Law Offices of Francisco G. Medina, is a respected personal injury trial lawyer based in Houston, Texas. He has practiced law for 39 years and has extensive experience representing injured victims and families who have lost a loved one due to another person’s or company’s negligence.

Franc is a former Assistant District Attorney for Harris County, Texas. He has represented accident victims in hundreds of cases where a person was injured or died. He has tried over fifty jury trials in State and Federal Courts, representing Plaintiffs in wrongful death cases, Defendants in murder cases, and the Federal Government in complex banking cases.

Highest Possible Rating
Martindale-Hubbell, the international legal directory, has awarded Franc its highest rating of AV Preeminent®. The AV Preeminent® rating (quoting from Martindale-Hubbell’s website) “is a significant rating accomplishment – a testament to the fact that [the] lawyer’s peers rank him or her at the highest level of professional excellence.”

Mr. Medina and members of his firm are bilingual (English/Spanish).