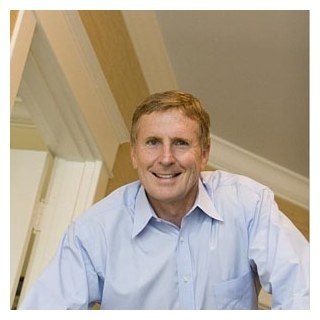 EXPERIENCE
Mr. Smith has been a trial attorney for 29 years. For the past nineteen years he has represented primarily individuals in plaintiff's personal injury litigation. In 2006 he obtained a record $7.2 million verdict in a wrongful death case in Warren County, Tennesee. He served as plaintiffs' counsel in the Tri-State Crematory class action litigation against Georgia Farm Bureau ($80 million judgment) and represented class members who received $36 million in settlements.

He has been recognized by his peers as one of the Best Lawyers in Lawyers in America in Personal Injury Litigation and as one of the Best Lawyers in Tennesse by Business Tennessee, a statewide business journal, in the 2004, 2005, 2006 and 2007 editions. Mr. Smith was also named a Mid-South "Super Lawyer" in 2007. The Business Tennessee Best Lawyers List described Mr. Smith as "An all-star across the state." The list identified attorneys from all regions of the state and recognized Mr. Smith as one of seven "best lawyers" in Tennessee in the area of Personal Injury (Plaintiff) practice.

He began in private practice with the national law firm of Baker & Botts in Houston, Texas (1978-1983). He served as an Associate Professor of Law teaching Torts, Evidence and Professional Responsibility at Vanderbilt University School of Law (1983-1988). Mr. Smith has been evaluated by his peers and received an "AV" rating by Martindale-Hubbell--the highest rating possible--indicating Very High to Preeminent Legal Ability (A) and a Very High general ethical standards ratings. (V).

Mr. Smith testified as a legal expert on product liability law (joint and several liability) before the 100th Congress (House of Representatives) Subcommittee on Commerce, Consumer Protection, and Competitiveness. His testimony and paper appeared in the Congressional Record.

Mr. Smith also presented expert testimony to the landmark Presidential Commission on the Human Immunodeficiency Virus Epidemic, Hearings on Discrimination, Ethics and Testing, Vanderbilt University,Nashville, TN, March 16-18, 1988. In his testimony Mr. Smith advocated federal laws to protect privacy in testing and to outlaw discrimination of persons with HIV/AIDS. Of interest, the opposing expert view was presented at this panel by then federal judge Kenneth W. Starr (later Independent Counsel on the Whitewater matter).

CERTIFICATIONS
Certified as a Civil Litigation Specialist by the National Board of Trial Advocacy and the Tennessee Commission on Continuing Legal Education and Specialization.

Mr. Smith is also certified as a Medical Malpractice Specialist by the American Board of Professional Liability Attorneys and the Tennessee Commission on Continuing Legal Education and Specialization.