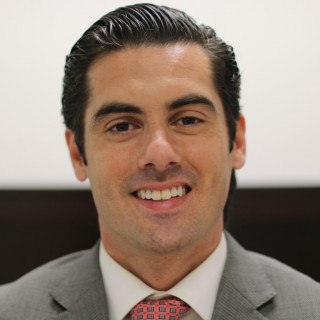 Nationally ranked as one of the Top 10 Criminal Defense Lawyers under 40, Brandon has saved countless people from all walks of life during the scariest times in their lives – being arrested and charged with a crime.

Brandon received his formal education from the University of Houston, obtaining a Bachelor of Science in Accounting with Honors and his Juris Doctorate. During his time at the University of Houston, Brandon gained recognition and membership from our nation’s oldest, largest, and most selective academic honor’s fraternity, Phi Kappa Phi. Brandon became interested in Criminal and Constitutional law during law school at the University of Houston. His interest turned into a passion for defending the rights of the accused. This led him to become an intern for the Harris County Public Defender’s Office, and later for the Honorable Judge Denise Collins in the 208th Criminal District Court in Harris County, Texas. During this time, Brandon authored his thesis on the rights of the accused and grand jury reform, which was later published by the Harris County Criminal Lawyers Association.

Before establishing Cammack Law Firm, PLLC, Brandon was licensed in all Texas State Courts and the Federal Court for the Southern District of Texas. He earned invaluable experience working for one of Houston’s prominent criminal defense lawyers, handling a complex caseload ranging from misdemeanors to felonies and appeals.

Brandon understands that every case he has handled is the biggest case in the world for the person who is fighting against it. Brandon’s empathy for people in dire need and his fighting attitude become clear from the moment you speak with him. The case results, client testimonials, and accolades are all a byproduct of his unwavering desire to help those in need. If these are the qualities you are looking for in a criminal defense lawyer call Brandon for a free consultation.

Attorney
Private Practice
2015 - 2018
Handled a large and complex caseload, ranging from misdemeanors to felonies, including trials and appeal for one of Houston's most prominent defense lawyers.