Mr. Thompson has been married for thirteen years and...

Free ConsultationMaritime, Medical Malpractice, Nursing Home and Personal Injury
Chicago-Kent College of Law, Illinois Institute of Technology
Show Preview
View Website View Lawyer Profile Email Lawyer
Jonathan Rosenfeld is lawyer that represents people injured in nursing homes and long-term care facilities. Jonathan has represented victims of nursing home abuse and neglect throughout Illinois and across the country. Jonathan's reputation as an aggressive advocate for the rights of the injured has resulted in millions of dollars recovered on behalf of his clients. Jonathan's successful representation of nursing home victims had resulted in many speaking engagements to elder groups. Jonathan is dedicated to improving the quality of life for nursing home residents who have been victims of abuse, neglect or fraud. By holding nursing homes and long-term...

John has an excellent record of success representing clients in injury, elder abuse and wrongful death cases. He is nationally recognized as one of the country’s leading medical malpractice attorneys because of his extensive experience in...

Free ConsultationMaritime, Legal Malpractice, Medical Malpractice and Personal Injury
The John Marshall Law School and University of Illinois College of Law
Show Preview
View Website View Lawyer Profile Email Lawyer
Susan L. Novosad is a partner at Levin & Perconti and has practiced law since 1985. Susan concentrates primarily in the areas of nursing home litigation, medical malpractice, automobile and premises liability matters. Susan is a highly experienced trial attorney, having been counsel in numerous complex medical malpractice cases. One of her most notable achievements in this arena is a $6.7 million verdict in a birth-related medical malpractice case. She also obtained a $995,000 verdict for a 67-year-old single assisted living resident who choked and died after being given food prohibited by his diet and a $1,000,000 settlement... 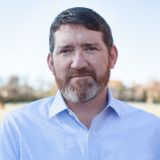 Claimed Lawyer ProfileSocial Media
Clifford Horwitz
Chicago, IL Maritime Law Attorney with 39 years of experience
(800) 594-7433 25 E Washington Street
Suite 900
Chicago, IL 60602
Free ConsultationMaritime, Nursing Home, Personal Injury and Products Liability
Loyola University Chicago School of Law
Show Preview
View Website View Lawyer Profile
Clifford Horwitz has won every case that he has taken to trial over the past 24 years with over 25% of those verdicts being record-setting jury verdicts. Cliff works with and manages the lead trial team at Horwitz, Horwitz & Associates. Together, Clifford Horwitz, Jay Luchsinger and Michael Carter won the largest personal injury verdict in Illinois history for an individual and the second largest in U.S. history. The $64 million verdict was awarded for an injured ironworker who fell and was left paralyzed from a job-site accident. 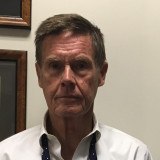 The OneCLE Lawyer Directory contains lawyers who have claimed their profiles and are actively seeking clients. Find more Mundelein Maritime Lawyers in the Justia Legal Services and Lawyers Directory which includes profiles of more than one million lawyers licensed to practice in the United States, in addition to profiles of legal aid, pro bono and legal service organizations.