Claimed Lawyer ProfileSocial Media
Mark Naugle
Cottonwood Heights, UT Immigration Attorney with 13 years of experience
(385) 225-5249 6975 Union Park Ave
Suite 600
Cottonwood Heights, UT 84047
Immigration
The University of Utah S.J. Quinney College of Law
Show Preview
View Website View Lawyer Profile Email Lawyer
Since graduating from law school in 2009, Mark has been advocating for the underprivileged and disenfranchised as an attorney. He has practiced in Washington State, California, and Utah. He has represented more than 15,000 clients across the country and the globe. As a fluent Spanish speaker, Mark is a passionate advocate for immigrants and their rights. As an active member of the Utah State Bar Association, Mark is eligible to practice immigration law in any jurisdiction and continues to represent clients across the globe. 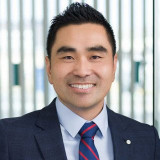 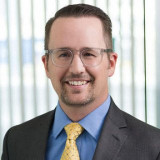 Claimed Lawyer ProfileSocial Media
Samuel M Warren
Cottonwood Heights, UT Immigration Attorney with 11 years of experience
(801) 701-3330 6975 S Union Park Avenue
Suite 600
Cottonwood Heights, UT 84047
Immigration, Elder, Estate Planning and Probate
UNLV William S. Boyd School of Law
Show Preview
View Website View Lawyer Profile Email Lawyer
Sam graduated from the University of Utah with a Bachelor of Arts degree in Accounting in 2008 and his Juris Doctor from UNLV in 2011. He went on to receive a Masters of Law (LL.M.) in Taxation from Georgetown University in 2012. Sam’s practice includes estate planning, asset protection, trust administration, probate, guardianship, and business organization. Sam has established a strong reputation within the Las Vegas legal community for his expertise and provides continuing legal education courses in his areas of practice. Sam is fluent in Spanish and is licensed in both Nevada and Utah and is a member of the Southern...

Claimed Lawyer ProfileSocial Media
Gage Herbst
Midvale, UT Immigration Attorney with 9 years of experience
(801) 676-6548 105 E 7200 S
Midvale, UT 84047
Immigration and Criminal Defense
University of Akron School of Law
Show Preview
View Website View Lawyer Profile Email Lawyer
Attorney Gage Herbst is a dedicated advocate of the people. He has built a career around trust, clear communication, and reasonable fees. Gage has represented hundreds of people before immigration courts and services all over the country. Gage has also represented many clients in complicated criminal matters in the state of Utah. Gage handles many types of cases in immigration court including cancellation of removal and asylum. He also works closely with clients to provide the individual and diligent representation each case deserves.

Claimed Lawyer Profile
Leonor Perretta
West Jordan, UT Immigration Lawyer
(801) 263-1213 8831 S Redwood Rd, Suite A
West Jordan, UT 84088
Immigration
University of Utah
Show Preview
View Lawyer Profile Email Lawyer
Leonor has been practicing exclusively immigration law for over 15 years. She represents clients in immigration court, Citizenship & Immigration Services, the Board of Immigration Appeals and Federal Court. Leonor has been an active member of the American Immigration Lawyers Association (AILA) for over 15 years and has served as the Utah Chair and other executive positions. She is current the Chair of the AILA/Immigration Court Liaison Committee.

Immigration and Criminal Defense
The University of Utah S.J. Quinney College of Law
Show Preview
View Website View Lawyer Profile Email Lawyer
Skyler Anderson is one of the founding partners of ANDERSON & BENSON. He has several years of experience dedicated to immigration. Dating back to his first year in law school through pro bono clinics and internships, Skyler’s focus has always been immigration law. As an attorney, he has successfully navigated clients through the tangled webs of immigration law through U.S. embassies and consulates throughout the world, the U.S. Citizenship and Immigration Services, and the immigration and appellate courts. His advocacy has resulted in a number of notable published decisions in the state and federal appellate courts.

Claimed Lawyer ProfileSocial Media
Antonio Jason Velez
Salt Lake City, UT Immigration Lawyer with 21 years of experience
(800) 678-1529 311 S State St
Salt Lake City, UT 84111
Immigration and Personal Injury
Show Preview
View Website View Lawyer Profile Email Lawyer
A. Jason Velez is the founding partner and creator of 1LAW®, a culmination of his lifelong efforts to provide compassionate, accessible legal services in a modern environment. 1LAW began as a thriving practice based in his hometown of St. George, Utah, and has since expanded to provide representation to clients in Utah and Nevada, with offices in Arizona and California on the horizon. Velez is an alumnus of the University of California, San Diego, and the University of Utah College of Law, and was admitted to the Utah State Bar in 2001. He also completed international studies at the Universidad... 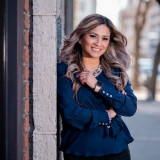 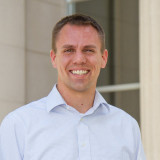 Claimed Lawyer Profile
Daniel Black
Salt Lake City, UT Immigration Attorney with 8 years of experience
(801) 944-3459
Ext. 109 2225 S. State Street
Salt Lake City, UT 84115
Immigration and Criminal Defense
Show Preview
View Lawyer Profile Email Lawyer
Daniel Black has been working at Stowell Crayk, PLLC, since February 2014. Dan specializes in Immigration Law and Criminal Defense. Dan graduated from the University of Utah S.J. Quinney College of Law in May 2014 and was admitted to the Utah Bar in October 2014. During law school, Dan interned at the Salt Lake Legal Defenders Association, clerked for US Magistrate Judge Dustin Pead at the US District Court of Utah, and was a judicial intern at the Salt Lake Immigration Court. He was awarded the 2013 Utah Pro-Bono Student of the Year award and was involved in the... 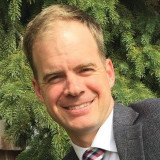 The OneCLE Lawyer Directory contains lawyers who have claimed their profiles and are actively seeking clients. Find more Draper Immigration Lawyers in the Justia Legal Services and Lawyers Directory which includes profiles of more than one million lawyers licensed to practice in the United States, in addition to profiles of legal aid, pro bono and legal service organizations.