Claimed Lawyer ProfileSocial Media
Bryan Boender
Eugene, OR Education Law Lawyer with 10 years of experience
(541) 685-1288 800 Willamette St Ste 700
Eugene, OR 97401
Free ConsultationEducation, Criminal Defense and DUI & DWI
University of Oregon School of Law
Show Preview
View Website View Lawyer Profile Email Lawyer
Attorney Bryan Boender has defended those accused of major crimes, felonies, misdemeanors, and DUII in Oregon's federal, state and municipal courts. Boender has also pursued lawsuits on behalf of individuals into federal court to seek remedies for personal injury and civil rights violations. He also represents college and university students accused of sexual misconduct and student conduct code violations. As a leader, Boender has distinguished himself through his dedication to public service and public interest law. Prior to law school, he served in the active-duty military as a paratrooper with the Army’s 82nd Airborne Division. As an enlisted infantryman,...

Claimed Lawyer ProfileSocial Media
Nathan Piers-VanderPloeg
Portland, OR Education Law Attorney with 11 years of experience
101 SW Main Street, Ste. 805
Portland, OR 97204
Free ConsultationEducation, Criminal Defense, Employment and Personal Injury
Oregon State University
Show Preview
View Website View Lawyer Profile Email Lawyer
Nathan Piers-VanderPloeg is a native Oregonian born and raised in the Portland area. He graduated with a degree in Political Science from Linfield College in 2005 and earned his law degree from the University of Oregon in 2011. While working for the Lane County District Attorney as a third-year law student, Nathan tried and won five cases, including a seven count felony jury trial. Following his graduation from law school, Nathan worked as an associate in a general litigation firm, focusing his personal practice on the areas of Employment Law, Personal Injury, and criminal defense. He has handled a...

Claimed Lawyer ProfileSocial Media
Diane Frost Wiscarson
Portland, OR Education Law Lawyer with 26 years of experience
(503) 727-0202 3330 NW Yeon Avenue
Suite 240
Portland, OR 97210
Education, Administrative and Civil Rights
Lewis & Clark Law School
Show Preview
View Website View Lawyer Profile Email Lawyer
I am licensed to practice law in both Oregon and Washington. I am also admitted to practice in the United States District Court for the District of Oregon, the United States District Court for the Western District of Washington, and the United States Court of Appeals for the Ninth Circuit. I am the parent of three boys, one of whom has special needs. All three of them attended public schools. I understand both the joy and heartache that come with the gift of these special children. As a lawyer, I have the unique opportunity to...

Claimed Lawyer ProfileSocial Media
Kevin C Brague
Portland, OR Education Law Lawyer with 17 years of experience
(503) 922-2243 1205 NW 25th Avenue
Portland, OR 97210
Free ConsultationEducation, Business, Civil Rights and Personal Injury
Pepperdine University School of Law
Show Preview
View Website View Lawyer Profile Email Lawyer
I represent individuals who have been harmed by others - whether personally like in an automobile/car accident, or by an institution like abuse or violation of civil rights. I have been practicing law in the State and Federal courts in Oregon since 2005, and have additional relevant legal experience extending back to 1991. My experience includes working for international law firms to my own solo practice representing corporations, small businesses, and individuals. I am a trial attorney and have litigated cases against businesses, insurance companies, colleges, universities, trade schools, and schools on behalf of people that... 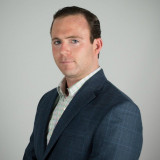 James opened his Coos Bay law practice in 2018 after many years as a house husband and public servant. He spent seven years as a member of the Coos Bay School Board, where he also ran the successful 2017 facilities...

Education, Business, Estate Planning and Real Estate
Show Preview
View Website View Lawyer Profile Email Lawyer
Joel joined Weatherford Thompson in 2002 after working one year with a law firm in Eugene, Oregon. A Washington state native before moving to Oregon in 1998, Joel utilizes his experience to assist individuals, businesses, developers, property owners, employers, and farmers in the Linn and Benton Counties. Joel is active in the Linn County Bar and the state bars, and has served as a member of the Oregon House of Delegates. He also volunteers for the Mid-Willamette YMCA, the Corvallis Community Children’s Centers, Peer Court, United Way, as well as several other smaller non-profit organizations. On his off time,...

The OneCLE Lawyer Directory contains lawyers who have claimed their profiles and are actively seeking clients. Find more Klamath Falls Education Lawyers in the Justia Legal Services and Lawyers Directory which includes profiles of more than one million lawyers licensed to practice in the United States, in addition to profiles of legal aid, pro bono and legal service organizations.