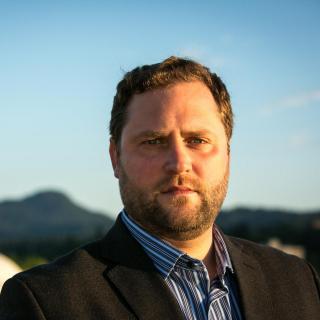 Attorney Bryan Boender has defended those accused of major crimes, felonies, misdemeanors, and DUII in Oregon's federal, state and municipal courts. Boender has also pursued lawsuits on behalf of individuals into federal court to seek remedies for personal injury and civil rights violations. He also represents college and university students accused of sexual misconduct and student conduct code violations. As a leader, Boender has distinguished himself through his dedication to public service and public interest law. Prior to law school, he served in the active-duty military as a paratrooper with the Army’s 82nd Airborne Division. As an enlisted infantryman, his service included fifteen months in Afghanistan during Operation Enduring Freedom. As an attorney, Boender continues to serve our community by devoting a substantial amount of his practice to veterans issues and causes. Working pro bono with the non-profit firm Access the Law, Boender helped establish the first Veterans Free Legal Clinic in Oregon in cooperation with the U.S. Department of Veterans Affairs.

Still at War: A guide for Defenders, Prosecutors & Judges Dealing with Oregon's Veteran Defendant Crisis
Military Records & Witnesses: The Basics of the Privacy Act, FOIA, and Touhy regulations and their Application to Criminal Defense
January 1, 2017