Las Cruces, NM 88005
DUI & DWI, Criminal Defense, Divorce and Personal Injury
Regent University School of Law
Show Preview
View Website View Lawyer Profile Email Lawyer
We are a small town general practice firm. We primarily handle DWI / DUI, Criminal Defense, and family law matters such as Divorce, Child Custody / Support and Adoptions. We also handle car accidents and probate work. If you would like to work with a legal team that cares and will work hard to help you resolve your problem, call us. 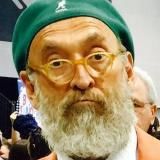 Albuquerque, NM 87102
Free ConsultationDUI & DWI, Criminal Defense, Personal Injury and Traffic Tickets
University of New Mexico
Show Preview
View Website View Lawyer Profile Email Lawyer
Nicole Moss has been practicing law in New Mexico since 2005. Ms. Moss started her career as a prosecutor in the Second Judicial District Attorney's Office where she handled cases ranging from Driving Under the Influence of Alcohol (DUI) to Child Abuse Resulting in Death to First Degree Murder. In 2010 she was named Legal Impact Prosecutor of the Year by the State of New Mexico Bar Association Prosecutor's Division for her work in child abuse prosecution. During her time at the D.A.'s office Ms. Moss tried over 75 cases before juries in both the Metropolitan and District Courts, including...

Albuquerque , NM 87102
Free ConsultationDUI & DWI, Criminal Defense, Domestic Violence and Family
University of New Mexico
Show Preview
View Website View Lawyer Profile Email Lawyer
Christin graduated from Georgetown University with a B.S. in International Law, Relations and Organization from the School of Foreign Service in 1997. She graduated from UNM Law School in 2002. She has been a member of the New Mexico State Bar since 2003, a member of the Unted States District Court in the District of New Mexico since the 2006, and the Tenth Circuit Court of Appeals since 2015.

Albuquerque, NM 87102
Free ConsultationDUI & DWI, Criminal Defense and Domestic Violence
University of New Mexico
Show Preview
View Lawyer Profile Email Lawyer
Lisa Torraco is a skilled trial attorney, practicing primarily criminal law and child abuse and neglect. She is highly respected and a zealous fighter for her cause. Recognized by her peers as the highest in ethical standards; Ms. Torraco is one of the prominent attorneys in the Albuquerque Metropolitan area. She has been lead attorney in over one hundred trials, having practiced in state and federal courts.

Claimed Lawyer Profile
Kristin Marie Harrington
Farmington, NM DUI & DWI Lawyer with 13 years experience
(505) 564-4789 413 N. Auburn
Farmington, NM 87401
DUI & DWI, Criminal Defense, Divorce and Personal Injury
Texas Tech University School of Law
Show Preview
View Lawyer Profile Email Lawyer
I primarily practice criminal defense and domestic relations or family law, but I am open to other legal issues that do not fall under those two categories. For my first two years of practice in law, I enjoyed working at the Public Defender's Office in Aztec. I participated in the development of a probation-like program called Treatment Court which I thoroughly enjoyed. I maintain positive and professional relationships with local judges, police officers, prosecutors, and attorneys, which helps to achieve fair and just results for clients. Legal situations do...

Claimed Lawyer ProfileSocial Media
Lynda Latta
Albuquerque, NM DUI & DWI Attorney with 33 years experience
(505) 842-5924 715 Tijeras Ave NW
Albuquerque, NM 87102
DUI & DWI, Divorce, Domestic Violence and Family
Show Preview
View Website View Lawyer Profile Email Lawyer
Originally from the Denver, Colorado area, Ms. Latta received her BA at the University of Colorado in 1983. While she was a visiting student at the University of New Mexico, she received her Juris Doctorate from Willamette University in 1986 and she was admitted to the State Bar of New Mexico that same year. In 1994, Ms. Latta went into private practice and founded the Law Offices of Lynda Latta, LLC specializing in family law and criminal misdemeanor defense. She, along with her Associate Attorneys Karin L. Henson and Brianna Feerer-Huss, is inspired by the desire to help clients work...

Albuquerque, NM 87102
Free ConsultationDUI & DWI, Criminal Defense and Personal Injury
University of New Mexico
Show Preview
View Lawyer Profile Email Lawyer
Jedidiah J. Glazener, Esq. joined the law firm of Rasheed & Associates, P.C. in the summer of 1997 as a runner and worked his way up at the firm as a legal assistant, paralegal, law clerk and office manager. Upon graduating law school and passing the bar in 2009, Jed became the firm’s first associate attorney. He got off to a fast start, appearing in court the same day he was sworn in as an attorney, standing between multiple FBI agents and a client on his third day as a lawyer, and lecturing in January 2010 to members of...

The OneCLE Lawyer Directory contains lawyers who have claimed their profiles and are actively seeking clients. Find more Mesilla Park, New Mexico DUI & DWI Lawyers in the Justia Legal Services and Lawyers Directory which includes profiles of more than one million lawyers licensed to practice in the United States, in addition to profiles of legal aid, pro bono and legal service organizations.