Civil Rights, Criminal Defense, Legal Malpractice and Personal Injury
University of Memphis
Show Preview
View Website View Lawyer Profile Email Lawyer
Practicing law since 1993, Howard Manis is the Managing Partner at The Cochran Firm Mid-South bringing with him over twenty five years of litigation experience in courtrooms throughout the south. Mr. Manis serves as a member of the Criminal Justice Act Panel in the United States District Court for the Western District of Tennessee for the past two decades. Howard Manis is licensed to practice law in Tennessee, Arkansas & Mississippi and has a significant federal court practice handling both civil and criminal matters.

Claimed Lawyer ProfileSocial Media
Connie Reguli
Brentwood, TN Civil Rights Lawyer with 26 years of experience
(615) 661-0122 1646 Westgate Circle Ste 101
Brentwood, TN 37027
Civil Rights, Domestic Violence, Family and Juvenile
Nashville School of Law
Show Preview
View Website View Lawyer Profile Email Lawyer
CONNIE REGULI is a mother, a grandmother, an attorney, a business owner, AND an advocate for change. Her law career started as a prosecutor of domestic violence and child abuse. In this capacity, she learned the tragic consequences of physical and emotional abuse in the intimate sphere of family relationships.
For over twenty years she has had a private practice defending the rights of parenting, families, and children against the intrusive interference of government entities. Her published case of Andrews v. Hickman County has been quoted many times as the Sixth Circuit’s clarification that the... 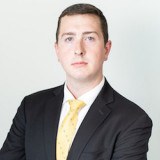 Claimed Lawyer ProfileSocial Media
James W. Friauf
Knoxville, TN Civil Rights Attorney with 13 years of experience
(865) 236-0347 6515 Clinton Hwy Suite 207
Knoxville, TN 37912
Civil Rights, Employment, Landlord Tenant and Personal Injury
Show Preview
View Website View Lawyer Profile Email Lawyer
The mission of James W Friauf, Attorney at Law is "Helping Everyday People and Those Who Serve Everday People." Specifically, we assist Everyday People in the areas of the law that are most relevant to them on a daily basis: employment matters, on-the-job injuries, car and truck accidents, divorce and child custody, and wills and trusts. We also provide a wide range of legal services to charities and nonprofit organizations at rates lower than those of larger firms. We do so because we recognize it is important that these organizations receive quality legal representation while minimizing the expenditure of precious...

The OneCLE Lawyer Directory contains lawyers who have claimed their profiles and are actively seeking clients. Find more Tennessee Civil Rights Lawyers in the Justia Legal Services and Lawyers Directory which includes profiles of more than one million lawyers licensed to practice in the United States, in addition to profiles of legal aid, pro bono and legal service organizations.