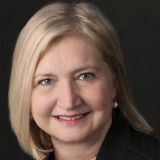 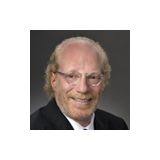 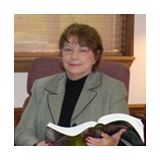 Claimed Lawyer Profile
David W. Neel Esq
Beachwood, OH Civil Rights Lawyer with 34 years of experience
(216) 522-0011 3401 Enterprise Place, Suite 340
Beachwood, OH 44122
Free ConsultationCivil Rights, Appeals and Employment
Columbia Law School and Cleveland State University
Show Preview
View Website View Lawyer Profile Email Lawyer
I am an AV-Preeminent attorney in Cleveland, Ohio, with 28 years experience as a civil litigation and trial lawyer. I focus my practice on discrimination, overtime, sexual harassment, wrongful termination, and employee rights generally. I also represent businesses in commercial litigation matters. I am a dedicated, passionate advocate for people whose employment and civil rights have been violated. I believe that people need a lawyer who will level the playing field in disputes with their employer and the government. In addition to my practice, I am an adjunct Professor Law at Cleveland State University. I received a...

Claimed Lawyer ProfileBlawg SearchSocial Media
Joshua Adam Engel Esq
Mason, OH Civil Rights Attorney with 25 years of experience
(513) 445-9600 4660 Duke Drive
Suite 101
Mason, OH 45040
Civil Rights, Appeals, Criminal Defense and Domestic Violence
Harvard Law School
Show Preview
View Website View Lawyer Profile Email Lawyer
Engel began his career as a prosecutor in 2001 by serving as an Assistant District Attorney in Middlesex County, Massachusetts. In 2002, he moved to Ohio and took a position as an Assistant Prosecuting Attorney working for Judge Rachel Hutzel in Warren County, Ohio. In Warren County, he handled some of the office’s most challenging and high-profile cases, including death penalty cases and cases featured on national news programs like 48 Hours. Engel rose to lead the office’s appellate division, where he not only handled appeals for the office, but was also called upon by state and national law enforcement... 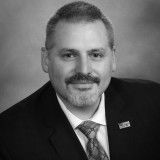 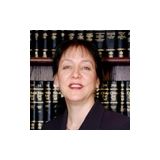 Civil Rights, Arbitration & Mediation, Criminal Defense and Employment
University of Cincinnati
Show Preview
View Website View Lawyer Profile
I obtained my law degree in 1989 from University of Cincinnati. Prior to that I received a Masters from American University and a Bachelors and Associates degree from Thomas More College. After getting my law degree, I worked for a small firm handling all types of civil litigation including family law. After ten years, getting married and having two children, I opened my own practice. Originally I had my office on Court Street in Cincinnati Ohio. In 2008 I moved my practice just outside of downtown Cincinnati. My office is now conveniently located on...


Civil Rights and Business
Show Preview
View Website View Lawyer Profile Email Lawyer
Alex has represented private and publicly- traded companies and non-profit organizations of all sizes, as well as their owners, in litigation along the entire spectrum of business disputes: commercial and contract, real estate, shareholder and partnership, broker-dealer, employment, unfair competition, and many others. 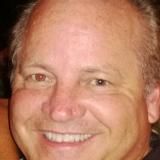 Claimed Lawyer ProfileSocial Media
David Engler Esq
Warren, OH Civil Rights Lawyer with 35 years of experience
(330) 729-9777 Warren, OH 44481
Civil Rights, Criminal Defense, Divorce and Elder
Case Western Reserve University School of Law
Show Preview
View Lawyer Profile Email Lawyer
David L. Engler has litigated highly complex civil rights, domestic relations, probate and criminal matters. His reputation is as a skilled courtroom litigator that fights for his clients. He is a former County Commissioner, City Councilman and current long-time County School Board member. He is admitted into the federal courts in Ohio, Pennsylvania and Kentucky. He is currently litigating both civil rights matters in Kentucky and a complex custody case in North Carolina. He has represented clients in European civil disputes, negotiated a record deal for a top R&B group and once represented the... 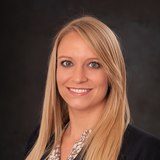 Claimed Lawyer ProfileSocial Media
Neal Shapero Esq
Cleveland, OH Civil Rights Lawyer with 36 years of experience
(800) 321-9199 1350 Euclid Ave Ste 1550
Cleveland, OH 44115
Civil Rights, Employment, Medical Malpractice and Nursing Home
University of Akron School of Law
Show Preview
View Website View Lawyer Profile Email Lawyer
Neal E. Shapero is the managing shareholder of the law firm of Shapero | Roloff Co., L.P.A. and has over 30 years of experience representing injured persons and their families throughout Ohio and across the country. Neal is an experienced litigator and has conducted numerous trials with a high rate of success. His reputation and experience have led to frequent requests by colleagues, throughout the country, to serve as co-counsel in complex and sophisticated matters such as medical malpractice, nursing home abuse and neglect, railroad injury cases, products liability, wrongful death, civil rights violations and commercial litigation. ... 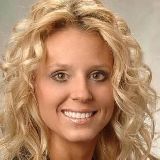 Claimed Lawyer Profile
Michael Terrence Conway Esq
Brunswick, OH Civil Rights Attorney
(330) 220-7660 3456 Sandlewood Dr.
Brunswick, OH 44212
Free ConsultationCivil Rights, Business, Criminal Defense and Employment
University of Akron
Show Preview
View Lawyer Profile Email Lawyer
I have been in the practice of law for over two decades and have clients all over the United States and some overseas. I have years of jury trial experience against all kinds of opposing parties from multi-billion dollar corporations to the local county prosecutor's office. I am a member of the prestigious million dollar advocates forum which less than 1% of all trial lawyers are members of, and I have prevailed in litigation against companies such as big three auto manufacturers, steel makers, nuclear materials providers, and won cases against corporate giants like Kellog Brown and Root (KBR)and Halliburton.... 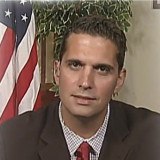 He earned his Bachelors Degree from the College of Liberal Arts and Sciences at Clarion University in Political Science. While at Clarion University, he played football on a full athletic scholarship, was a 4 year starter and the team Captain. He earned a Masters Degree in Public Administration at the University of Akron. Mr. Warner also studied law at the University of Akron where he earned his Juris Doctor and served on the Akron Law Review. He graduated in the top 5% of his class, and was a member...


Civil Rights, Appeals and Employment
Show Preview
View Website View Lawyer Profile Email Lawyer
Matt Besser is a champion for the rights of individuals in employment discrimination, constitutional, and civil rights cases and appeals. In addition to his work at Bolek Besser Glesius LLC, Matt is an Adjunct Law Professor at Case Western Reserve University School of Law, where he teaches appellate practice.

In addition, Jacqueline serves as Co-Coordinator for the Ohio Chapter of the National Lawyers Guild. In this capacity, Jacqueline recruits and organizes pro bono criminal defense attorneys for political criminal cases in the Greater Cleveland area, defends protesters herself, and represents the NLG in civil litigation. Jacqueline also trains and organizes NLG Legal Observers (who observe law enforcement conduct at...

Civil Rights, Business, Criminal Defense and Divorce
Cleveland State University
Show Preview
View Lawyer Profile Email Lawyer
Agressive, Honest and Affordable representation available for all of your legal concerns. I am an expericenced Trial Lawyer ready to fight for your rights. My practice focuses predominantly on Criminal Defense, but I have expertise in the areas of Family law, Small Business representation, Contract disputes, Probate law, and Personal injury. Let your problems become mine to solve in a proficient, expedient, and cost-effective manner. If you are looking for an Attorney who will truly advocate for your interests, and one whom still believes this is a noble and respected profession that...


Free ConsultationCivil Rights, Arbitration & Mediation and Employment
Case Western Reserve University School of Law
Show Preview
View Website View Lawyer Profile Email Lawyer
Cathleen is an accomplished civil trial attorney and a principal in the firm Bolek Besser Glesius LLC. She has been representing individuals in employment disputes for more than twenty years. Cathleen is listed in the 2014, 2013 and 2012 publications "Best Lawyers," her firm has been listed those same years in "Best Law Firms," and she has been included in Ohio Super Lawyers and Ohio Rising Stars Magazines multiple times. Since 2005, the Legal Directory, Martindale Hubbell, has given Cathleen its highest rating, AV®. Martindale Hubbell assigns the AV® certification mark only to those attorneys who have been ranked... 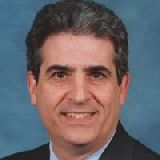 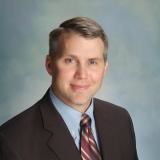 The OneCLE Lawyer Directory contains lawyers who have claimed their profiles and are actively seeking clients. Find more Dola Civil Rights Lawyers in the Justia Legal Services and Lawyers Directory which includes profiles of more than one million lawyers licensed to practice in the United States, in addition to profiles of legal aid, pro bono and legal service organizations.