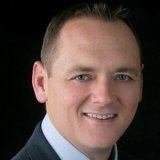 Claimed Lawyer ProfileSocial Media
Corey J. L. Walker
Newton, IA Animal & Dog Law Lawyer with 23 years of experience
208 N. 2nd Ave. West
Newton, IA 50208
Animal, Employment, Personal Injury and Workers' Comp
Drake University Law School
Show Preview
View Website View Lawyer Profile Email Lawyer
At age 14, I began working for my grandfather in the concrete construction business during the summer school break. The work was hard, hot, and long, but provided me with framework for my character. My grandfather always told me to get a good education so I did not have to do hard labor for the rest of my life. I graduated from Newton High school in 1990 and played on the 1988 state 4A runner-up football team. After I graduated from high school, my mother purchased an appliance store and I began working on... 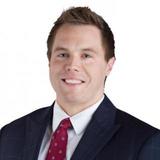 
Free ConsultationAnimal, Insurance Claims, Personal Injury and Workers' Comp
Drake University Law School
Show Preview
View Website View Lawyer Profile Email Lawyer
Let me welcome you to my profile page. First the stuff that gets Google's attention and that which appeals to people. Contact West Des Moines personal injury lawyer, Stephen D. Lombardi who has practiced civil trial litigation (personal injury lawyer-litigator, accidents, construction site injuries that include injuries resulting in death, along with workers’ compensation cases, for over 33 years. He is admitted to practice law in Iowa and Florida. Professionally Mr. Lombardi is active in the development of communication tools for trial lawyers and regularly speaks on various subjects having to do with civil trial work, ethics... 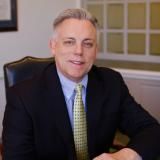 Claimed Lawyer Profile
Gregory Skinner
Ankeny, IA Animal & Dog Law Lawyer with 35 years of experience
(515) 964-3121 514 SW Irvinedale Drive
Ankeny, IA 50023
Free ConsultationAnimal, Personal Injury, Products Liability and Workers' Comp
Drake University Law School
Show Preview
View Website View Lawyer Profile Email Lawyer
I have helped many Iowans get the money they need after a life-changing injury. With more than 25 years of experience, I have devoted my legal practice to personal injury and workers’ compensation claims. In every case, my only goal is to help my client recover full and fair compensation. Whether your case is resolved in trial or through negotiations, I am prepared to take decisive action on your behalf.

Free ConsultationMedical Malpractice, Nursing Home, Personal Injury and Products Liability
Drake University Law School
Show Preview
View Website View Lawyer Profile Email Lawyer
Clarissa Rietveld was born in Iowa and raised in Rushville, Indiana. She received her Associate’s Degree in Nursing in 2009 and worked as a registered nurse in operating rooms across the Midwest and on the East Coast. While working as a nurse, Ms. Rietveld had a patient whose medical history documented that he did not have regular access to food and was starving. Ms. Rietveld spent the afternoon working with hospital social services to arrange for her patient to gain access to regular meals and was shocked to learn that he didn’t qualify for any of the available programs. She...

The OneCLE Lawyer Directory contains lawyers who have claimed their profiles and are actively seeking clients. Find more Iowa City Animal & Dog Lawyers in the Justia Legal Services and Lawyers Directory which includes profiles of more than one million lawyers licensed to practice in the United States, in addition to profiles of legal aid, pro bono and legal service organizations.