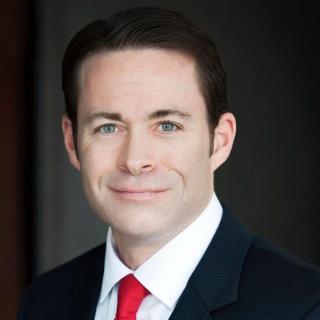 Harley has spent his law career exclusively handling civil litigation matters, first as a member of two small Iowa law firms, then on his own as a solo attorney. He founded Erbe Law Firm in July 2005. Harley represents individuals and small businesses in car accident, personal injury law, employment law, contract law, insurance law, and construction defect cases in Iowa and nationwide. He has argued and tried jury and nonjury cases in Iowa state and federal court. Harley has also argued before the United States Court of Appeals, the Iowa Supreme Court, and the Iowa Court of Appeals. He is a member of the Iowa Academy of Trial Lawyers. Membership in the Iowa Academy of Trial Lawyers is by invitation only, upon sponsorship and recommendation from peers and judges and unanimous approval by the Board of Governors. Membership is limited to 250 trial attorneys who have displayed exceptional skills and the highest integrity, and who have dedicated their professional lives primarily to trial practice. He is also a member of the American Board of Trial Advocates (ABOTA), a national organization of experienced trial lawyers and judges dedicated to the preservation and promotion of the civil jury trial. Membership to ABOTA is by invitation only upon nomination by a member of ABOTA's Iowa Chapter. Attorneys must have significant jury trial experience to be considered for ABOTA. The National Trial Lawyers Association has named Harley as a Top 100 Civil Plaintiff Trial Lawyer for Iowa. Harley was honored to have been a member of the National Trial Lawyer Association's Top 40 Under 40, an invite-only organization that includes only the top young trial attorneys in Iowa as nominated, reviewed, and accepted by their peers. Harley has also been selected as a member of the American Academy of Trial Attorneys, an invitation-only organization that recognizes the top 100 trial lawyers in Iowa, as well as Great Plains Super Lawyers, also an invitation-only organization.

Q. Was just fired from a job for a having back problems. Dr requested I be put on light duty for 2 weeks. Was then fired
10 January 2019
A: The answer will depend upon the specific factual circumstances of your situation. You should schedule a meeting with an employment law attorney.

Q. If the police don't file charges ,could i still sue for personnal injurys
29 November 2018
A: You, and your family, can still sue. Claims would be available against the perpetrators of the attack and the bar. Contact an attorney for a full review of both possible claims.

Q. I have appealed a denial of unemployment benefits, this goes to an ALJ.
29 November 2018
A: You could consider submitting interrogatories and document requests to the employer seeking the information you desire. Those are allowed under the administrative rules that govern contested unemployment benefits appeals. You could also review the administrative rules to determine how you can compel the participation of any current employees that you wish to use as a witness. If you aren't able to retain a lawyer, the staff at Iowa Workforce Development's Unemployment Insurance Appeals Bureau and the information on its website will be your best sources.