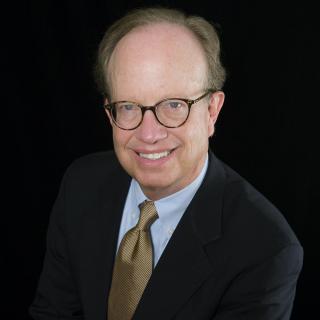 He is board certified in Business Bankruptcy by the American Board of Certification.

Bill has served as an arbitrator for the National Association of Securities Dealers and the Ventura County Superior Court, where he has also served as a visiting judge.

Bill is the author of “Rejection of Non-Residential Leases of Real Property in Bankruptcy: What Happens to the Mortgagees’ Security Interest” published in the April 1990 Pepperdine Law Review. Bill has been admitted to the United States District Court, Central, Southern, Eastern and Northern Districts of California, the United States Court of Appeals, Ninth Circuit, and the United States Supreme Court.

He is also an AV rated attorney, the highest rating possible, by Martindale-Hubbell, the only national rating service for attorneys. Affiliations include membership in the State Bar of California, the Ventura County Bar Association (Chairman, Bankruptcy Section, 1994-1998), the California Bankruptcy Forum, the Los Angeles Bankruptcy Forum, and the American Bankruptcy Institute.

Business Bankruptcy
Amercan Board of Certification
1994

Q. For an adversary proceeding regarding the discharge of student loan debt, what resources should I consult for guidel
November 4, 2019
A: I recommend you get a copy of the book Graduating With Student debt by Student Hauser and Daniel Austin. you should be able to buy either the hard copy or ebook online. https://store.abi.org/https-graduatingwithdebt2d-plusebook.html

Q. Can my roommate sue me if I pack up and leave and refuse to pay rent?
October 29, 2019
A: Yes, your roommate (co-signer on the lease) could sue you for breaching your obligations under the lease. You would have a defense that your co-signer made it impossible for you to stay. You might win. Whoever wins may recover attorney's fees. It would be in everyone's best interest to make a compromise. Agree to pay some rent in exchange for an early release. Otherwise both sides are taking chances of litigation which either side could lose.

Q. my boyfriend and I just moved into an apartment on a 1 yr. lease. he changed his mind and is moving out.
October 22, 2019
A: If you make the payments, and you don't disturb the neighbors, you will be able to stay in the apartment.