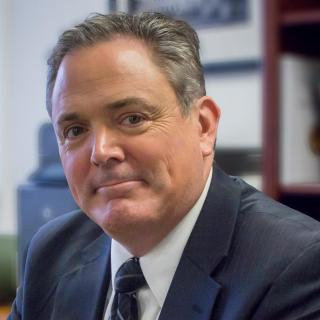 For more than two decades Shawn has advised individuals, businesses, landowners, and public entities, throughout Oregon and Southwest Washington on various and often complex legal matters. He has successfully represented hundreds of these clients in civil litigation matters in both state and federal court.

Shawn is able to effectively negotiate settlements on challenging and highly charged cases while at the same time always being prepared to take cases to trial if resolution is not possible. Shawn is comfortable trying cases in front of juries and to the court. He has spent countless hours mentoring less-experienced attorneys on how to effectively try cases for their clients. In 2008, he was an instructor for the Oregon Department of Justice's Trial Academy; and in 2010, he trained Mexican prosecutors as an instructor for the Conference of Western Attorney Generals.

Shawn began his career as a Deputy District Attorney prosecuting
felony and misdemeanor cases, before entering private practice. He became a partner at the Portland civil litigation firm Mitchell, Lang & Smith. Shawn was later appointed Senior Assistant Attorney General by Attorney General Hardy Meyers serving in the Oregon Department of Justice's Trial Division. He was appointed Attorney In Charge of the Civil Litigation Section by Attorney General John Kroger. In this role,
he was responsible for leading the largest section of the Trial Division, overseeing the jury trial attorneys who defended the State of Oregon's institutions in state and federal court. Shawn continued to carry a case load in this role. He would remain in this leadership position under Attorney General Ellen Rosenblum's administration. Shawn started is firm O'Neil Law LLC in 2014.