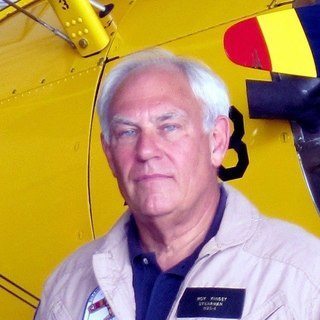 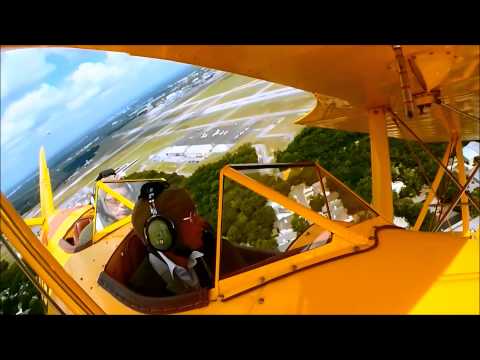 As a prelude to the 2014 Pensacola Beach Air Show, I organized a flight of vintage Stearman biplanes to honor eleven World War II veterans by flying them in the airplane in which they began flight training. The Boeing/Stearman is the most recognized biplane ever built and was the primary trainer for thousands of Navy and Army Air Corps pilots during World War II. By the time the war ended, more than 8,500 Stearmans had been manufactured at Boeing’s Wichita, Kansas aircraft factory, along with enough spare parts to build another 2,000 airplanes. This video was recorded during the second veterans flight on Friday, 11 July 2014. The veteran in the front cockpit of my Stearman N2S-4 is Pensacola native Dick Pace, who flew F6F Hellcats with Navy fighter squadron VF-92 in the Pacific. I really appreciated his "thumbs-up" compliment on my landing. Stearman #469, flown by Carey Hardin of Starkville, Mississippi had Army Air Corps veteran Earl Stockton in its front cockpit. Earl flew P-51 Mustangs, and was a flight instructor in the BT-13 and the UC-78. Army Air Corps veteran Ed Williamson was in the front cockpit of Phil Webb's Stearman #42. After primary flight training in the Stearman, Ed was sent to bomber training where he flew B-25's and B-17's. Prepared to head to the Pacific, his deployment was cancelled when the Japanese surrendered. In addition to the three veterans shown in the video, another eight veterans flew during the two days of the 2014 Pensacola Beach Air Show, where they were appreciated by more than 150,000 spectators. This tribute to World War II veterans was especially appropriate as 2014 marked the return of the Navy's Blue Angels to Pensacola Beach after last year's appearance was cancelled due to the federal budget sequester.