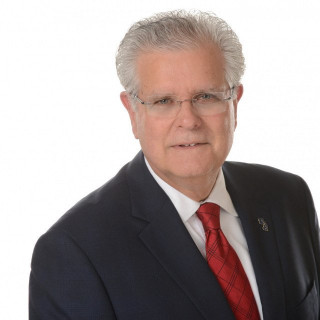 Robert has successfully completed the requirements for Certification in Matrimonial Law as set forth by the Supreme Court of New Jersey's Board on Attorney Certification. The goal of the state’s certification program is to help the public find attorneys who have demonstrated proficiency in specialized fields of law.

Robert has been interviewed by KYW News Radio, the New Jersey Law Journal and appeared on the local TV broadcast The Law & You. He has appeared in the Courier-Post Ask the Experts column fielding questions on all aspects of family law. He has been interviewed by AP and UPI with respect to the landmark case of Aronow v. Silver, which established the concept of “no-fault” engagement in New Jersey

Robert has been a Fellow of the American Academy of Matrimonial Lawyers (AAML) since 1989. In order to become a Fellow in the AAML, a candidate must have significant family law trial experience, recommendations by the Judges before whom they regularly appear, and they must pass rigorous national and state examinations covering a multitude of complex family law issues. Robert has served on the Board of Managers and successively served as Secretary, Treasurer, 2nd Vice President, 1st Vice President, President-Elect, and as President (2014-15) of the AAML New Jersey Chapter.

New Jersey Supreme Court Matrimonial Law Certification
Certified Attorney
2010 - Current
Activities: A New Jersey attorney who is certified by the Supreme Court as a matrimonial law attorney must be a member in good standing of the NJ bar for over five years, maintain ongoing legal education requirements, demonstrate a substantial level of experience in matrimonial law, be favorably reviewed by other attorneys and judges familiar with his/her work, and take and pass a rigorous examination in matrimonial law. Only 3% of all attorneys in the state achieve this designation.