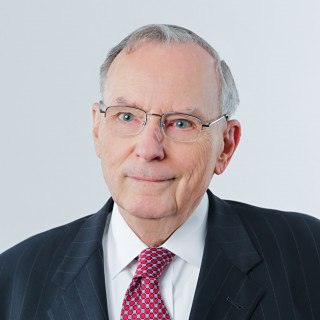 Mr. McOmber was admitted to the New Jersey and Federal District Court Bars and then served as a Judge Advocate General for three years in Washington, D.C. There he initially served as defense and trial counsel in many courts martial and thereafter as post Judge Advocate of Fort Leslie J. McNair in the southwest section of Washington.

Upon his honorable discharge from the Army, he joined the law firm of Giordano & Halleran. Upon his promotion to partner, the name of the firm was changed to Giordano, Halleran & McOmber. Thereafter, he left that firm to start a new firm with his wife, Adrienne H. McOmber. McOmber & McOmber opened their first office on Front Street in Red Bank, New Jersey and later moved to 90 Monmouth Street in Red Bank. Since 1980, they have practiced on the waterfront of the Navesink River at 54 Shrewsbury Avenue in Red Bank.

The McOmbers first lived in Fair Haven and thereafter in the Locust section of Middletown. They have two children, both of whom practice with the firm. Mr. McOmber served as a trustee and President for many years of the Riverside Drive Association, a homeowners' group representing some 240 families on the north side of the Navesink River in Middletown. He has also been involved in the Armenian community for many years and presently attends St. Stepanos Armenian Apostolic Church in Elberon, New Jersey.

General counsel to one of the largest privately held recreational boat manufacturers in the United States and many smaller entities.

Civil Litigation and Appeals:
Prosecution and defense litigation on behalf of individuals and corporations.


Non-Profit:
Counsel to various non-profit organizations; preparation and revision of corporate by-laws, resolutions, negotiation and preparation of agreements between and among non-profits, municipalities, county and state governments and landowners; handling all real estate matters whether in fee or easements from contract negotiation and execution through closing, including all title, survey, environmental issues and financing.


Wills and Probate:
Will and living will development. Estate and probate administration.


Zoning, Planning, and Land Use Development:
Counsel to land developers in connection with applications, including residential subdivisions and industrial and commercial projects; appearance before local Planning and Zoning Boards of Adjustment representing applicants, objectors and neighborhood associations; litigation on behalf of developers and objectors.

Former counsel to Tinton Falls Board of Adjustment.