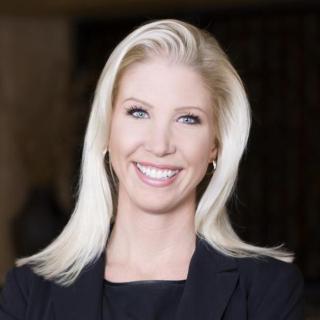 As a former Navy officer and public servant, Rebecca Adams is eager to use her skills and experience to protect the injured and wronged. Prior to joining Arnold & Itkin, she practiced high-stakes complex commercial litigation at trial boutique firms in Houston and Washington, D.C.—including one of the largest litigation powerhouses in the U.S. She’s also practiced law in the public arena, having clerked for the SEC, the U.S. Attorney’s office, and the California Attorney General’s office. Rebecca’s most notable service to her country included two sea tours—one as a Weapons Officer aboard the U.S.S. Rushmore (LSD-47), and another as an Exercise Planner and Operations Officer. In her capacity as an Exercise Planner, she helped coordinate multinational training scenarios with allied navies, preparing them with both wartime maneuvers and humanitarian aid maneuvers. In 2012, Rebecca left active duty to fulfill her dream of becoming an attorney. She attended Stanford Law, where she graduated with a Pro Bono Distinction for her extensive public service while earning her law degree. In addition, she still holds the rank of Lieutenant in the Navy’s Individual Ready Reserve.

I Love You, I Love You Not: Texas Courts’ Treatment of Delaware Law on Derivative Claims
Professional Liability Insurance Committee Newsletter
2016