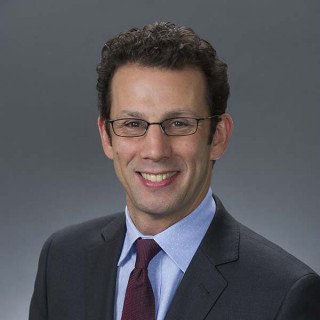 Philip Shakhnis is a forceful, meticulous and compassionate attorney with over 20 years of experience representing tenants. Philip has represented hundreds of tenants forced to live in slum conditions. Philip has also helped tenants poisoned by carbon monoxide leaks, exposed to mold and whose children have been lead poisoned. Philip is at the forefront of representing tenants wrongfully evicted from properties protected by local rent control laws. Philip focuses his law practice on representing tenants because he strongly believes that every family and every person deserves the right to a safe, decent and healthy home.

As part of his experience at prior law firms, Philip has personally handled lead poisoning, carbon monoxide and traumatic injury cases that have resulted in multi-million dollar settlements. Notably, Philip’s work resulted in a $10,000,000 settlement on behalf of a child poisoned by lead-based paint in his home which is one of the largest child lead poisoning settlements in the country. Philip has taken several cases to trial involving unsafe and unhealthy housing and wrongful eviction.

Prior to law school, Philip worked as an environmental consultant and also spent a year in Israel on a fellowship, where he worked at the Israel Union for Environmental Defense. While in Israel, Philip also assisted in the formation of EcoPeace, a consortium of environmental groups from Egypt, Israel, Jordan and the Palestinian Authority.

Philip is admitted to practice before the California State Courts, as well as the United States District Court Central District of California.

Q. Is it proper for an California Attorney to settle a civil liability case by including property damages in the settlement
December 8, 2022
A: Yes, in general an attorney in a mold case will seek to recover for all losses and injuries you sustained. Also, a court would likely prohibit filing two separate lawsuits (one for personal injuries and a second for property damage) as that would be a waste of the court's resources. Hope that helps.

Q. I gave my landlord my 30 day notice but they are saying i have to give a 60 day notice.
November 23, 2022
A: Unless the rental agreement provides a shorter notice period, a California tenant must give their landlord 30 days' notice to end a month-to-month tenancy. Tenants should check their rental agreement to see if it requires giving notice on the first of the month or on another specific date. You may also have a lawsuit against your landlord for the breach of the warranty of habitability, negligence, nuisance and other claims for the uninhabitable conditions. You should consult with an attorney before you move out.

Q. In a unlawful detainer suit what can a tenant counter sue for
November 23, 2022
A: In California, tenants who are defendants in an unlawful detainer cannot file a cross-complaint. However, the tenant can file a separate lawsuit against the landlord for any breach of the rental agreement, negligence, fraud, harassment and other claims.