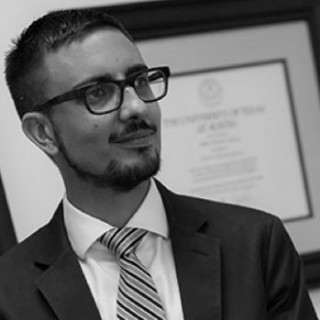 Pablo attended the University of Texas at Austin for his undergraduate work where he received his Bachelor of Arts in Latin American Studies and Government. He later went on to study with some of the top legal scholars in the country at the University of Texas School of Law, where he received his Doctorate of Jurisprudence. During his legal studies, Pablo took advantage of the exemplary clinical education at UT Law, working with the Transnational Worker Rights Clinic representing low-income transnational migrant workers in cases to recover unpaid wages, and the Community Development Clinic where he represented nonprofit organizations and individuals involved in community development. Pablo also clerked for the in-house counsel to the Standing Rock Sioux Tribe where he worked on cases dealing with sovereign immunity, land and distribution rights, which culminated nearly a decade of work addressing social issues and needs of the tribal community.

Today Pablo runs the Nossa Law Office where he continues to represent families, students, workers and investors from around the world.