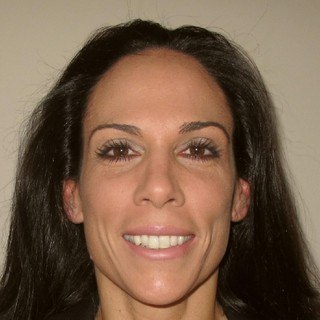 Ms. Hiles attended West Virginia University in Morgantown, West Virginia where she majored in political science and obtained a Bachelor of Arts degree in 1993.

She then enrolled in law school at Widener University School of Law located in Wilmington, Delaware. During law school, Ms. Hiles she completed the Intensive Trial Advocacy Program, and also participated in a student attorney program, which assisted low income individuals with filing Chapter 7 and Chapter 13 bankruptcies. She received her Juris Doctor degree from Widener University in 1997. Subsequently, Ms. Hiles was admitted to the New Jersey State Bar in 1998 and the United States District Court for the District of New Jersey in 1999.

After being admitted to the Bar, Ms. Hiles joined a private Atlantic City, NJ law firm as an associate in the workers’ compensation department. In addition to having private firm experience, Ms. Hiles held a position in government for numerous years. In 2001, Ms. Hiles accepted a position in the Law Department of the Atlantic County Government as Assistant County Counsel, where her primary focus was the handling of workers’ compensation claims. Ms. Hiles remained with Atlantic County Government for over 11 years and, thereafter, accepted her current position as an associate with Petro Cohen Law Firm.

For more information on workers’ compensation, or to set up a free consultation to discuss your potential workers’ comp claim, contact Ms. Hiles at (888) 675-7607.

What Are the Most Common Types of Faulty Equipment in the Workplace?
Petro Cohen Website
June 23, 2021

How to Prove Work-Related Plantar Fasciitis
Petro Cohen Website
May 19, 2021

What Is the Most Common Repetitive Motion Injury?
Petro Cohen Website
March 10, 2021

What to Do If My Workers’ Compensation Claim Is Denied
Petro Cohen Website
December 30, 2020

What are the Considerations for Filing for Workers’ Compensation in New Jersey?
Petro Cohen Website
September 15, 2020

Blog
If I File a WEAR and TEAR™ Workers’ Compensation Claim, Will I Have to Quit My Job?

Blog
The New Jersey Workplace: It’s Dangerous Out There

Blog
Can I Claim Workers’ Compensation for a WEAR and TEAR™ Injury from a Past Job?

Blog
Can I Get Workers’ Compensation if I Work From Home?

Blog
Signs Your Job Might Have Caused Your Injury

Blog
Carpal Tunnel: What Is It and When Does Workers’ Compensation Cover It?

Blog
How Are Workers’ Compensation Benefits Calculated in New Jersey?

Blog
Are You at Risk? The Most Susceptible Professions for WEAR and TEAR Injuries

Blog
What If I Am in Pain Due to a WEAR and TEAR Injury but Can Still Work?

Blog
I Was Hurt Post-Termination: What Are My Options?

Blog
Why Am I Being Accused of Workers’ Compensation Fraud?

Blog
Can I Choose My Own Doctor for a Workers’ Comp Claim?

Blog
How to Identify a Torn Rotator Cuff