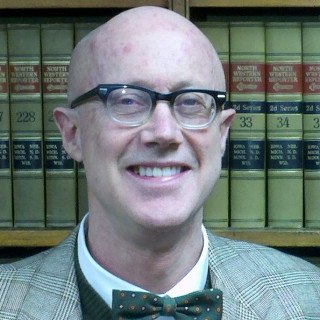 Richmond H. McCluer, Jr. is a trial lawyer. Richmond is certified by the Minnesota State Bar Association as a Criminal Law Specialist. He is a Winona native and attended Winona Senior High School, Winona State University and the University of Minnesota Law School. He practiced with a national law firm in Minneapolis for several years before returning to Winona in 1988 and joining the law firm of Darby, Delano and Price. While with the firm, he tried a number of major felony cases, including robbery, narcotics, burglary, assault and criminal sexual conduct. In addition, he successfully represented many injured persons in accident and negligence cases. He left the firm in 1993 to enter government service with the Third Judicial District Public Defenders Office, where he served as Chief Trial Lawyer, handling serious felony trials across southern Minnesota. He left government service in 2003 to join with Michael J. Price and John Paul Plachecki to form the law firm of Price, McCluer and Plachecki. In 2004, McCluer was elected President of the Winona County Bar Association.

McCluer has been lead counsel in over 300 jury trials, including homicide, robbery, kidnapping, narcotics, criminal sexual conduct, burglary and assault. He is recognized as a top trial lawyer.

In the annual peer based survey by three Minnesota magazines, Minnesota Journal of Law and Politics, Minneapolis/St. Paul and Twin Cities Business Monthly, close to 20,000 Minnesota lawyers are polled and asked to identify lawyers who excel in specific areas of legal practice. Only 5% of Minnesota lawyers were selected as Minnesota Superlawyers. Richmond McCluer was first selected a criminal law Superlawyer in 1996, while he was Chief Trial Lawyer for the 3rd Judicial District Public Defenders Office. Since that time he has continued to be recognized as a Superlawyer, including each year from 2005 through 2018.

Tell us about any awards or honors you’ve received.