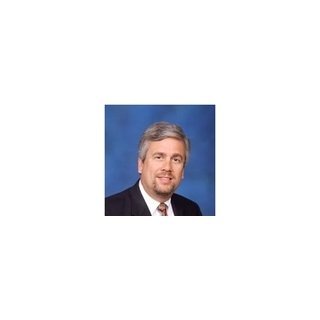 Mr. Wright was born in Murfreesboro, Tennessee. He attended Middle Tennessee State University (B.S., summa cum laude, 1977); the University of Tennessee (J.D., 1980). He was honored with the Order of the Coif and served on the Tennessee Law Review. Mr. Wright's father was a lawyer so he grew up working in his Dad's office. He is admitted to the United Supreme Court Bar as well as all Tennessee State and Federal Courts. He is also admitted before the Sixth Circuit and Fourth Circuit Bar as well as the U.S. Court of Claims. His practice is varied covering a broad spectrum of matters. Author credits include: Tennessee Current Legal Summaries. Co-Author: Avoiding Environmental Liability in Tennessee; Hazardous Waste in Tennessee. Mr. Wright was the Distinguished Alumni Speaker - University of Tennessee College of Law 2008 Commencement. He has been selected as a Mid-South Super Lawyer and has been selected and listed in a listing of Knoxville's best attorneys. He is AV rated and has been selected as one of the 10 best attorney's in Tennessee in client satisfaction. He has also been selected as one of the top 1% of lawyers in America by the National Association of Distinguished Counsel. The firm as a whole has been noted as a U.S. News Best Law Firms in America and as a top law firm in Fortune Magazine. Mr. Wright is a past Chair of the Tennessee Bar Association Tort and Insurance Practice Section. He has been on the Executive Committee of the Tennessee Bar Association Section on Environmental Law since the founding of the Section and is a past Chair of the Section. He is the Co-Chair of the Knoxville Bar Association Environmental Law Section. Mr. Wright served as lead State Chair for Tennessee for the Claims and Litigation Management Alliance and as an Education Committee Chair. Mr. Wright is a member of the American Inns of Court - Hamilton Burnett Chapter.

AV Rating
Martindale Hubbell
2017
The AV rating is the highest rating awarded. This based upon reviews by lawyers and judges.

Claims and Litigation Management Alliance
Member
2007 - Current
Activities: Mr. Wright has served: Education Committee and as a State Chair. Mr.Wright also has a CLMP designation from CLM. He has spoken at the annual conference.

Tennessee State Bar  # 009285
Member
1981 - Current
Activities: Mr. Wright has was a founding member of the Environmental Law Section. He has also served as The Chair of the Section Mr. Wright has also chaired the Section on Torts and Insurance Practice.

Q. I was in a car accident in Tennessee and the other driver was over 21 but only had those learners permit. Is this legal?
19 April 2021
A: I agree with Mr. Avery. The failure to have a license at all - is generally not admissible to prove negligence. But it is possible for a 21 year old to have a learner's permit.

Q. A nanny agency introduced a nanny to me, but none of us have signed any contract with the agency. Can I hire directly?
9 April 2021
A: This is one of those - but is it the right thing to do -questions. You contacted an agency - they supplied a person and now you want to hire directly because they either forgot or trusted you as to being able to communicate information - I anticipate you likely know what the fee is as well. I would encourage you not to bypass the agency. If you were to get sued, the cost to defend would probably outweigh any savings- in other words - is it worth it? and you may sleep better.

Q. I live on a private road, I have an easement agreement so that I may go to my home. The neighbor behind me does not have
24 March 2021
A: You have a number of issues here - 1. Easement- if the other people do not have an easement or right to enter - they shouldn't be using the area. However, over a long period of time they can gain rights - so whoever is the holder of the underlying easement needs to protect the easement. 2. You get hit on the easement - if you are stopped and the other vehicle hits you trying to get by then more likely than not they are at fault.