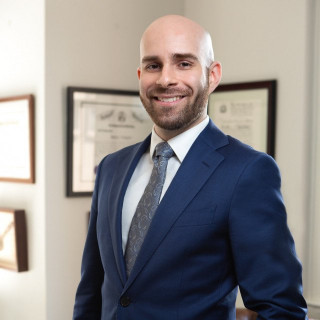 At the Law Offices of Robert Tsigler, Michael Zigismund is an integral member of both the criminal defense and immigration teams.

For the firm’s criminal defense department, Mr. Zigismund handles a wide variety of matters at both the state and federal levels. He has represented clients facing charges including Murder, Assault, Weapons crimes, Drug crimes, Sex crimes, and Theft crimes, among others.

Mr. Zigismund’s unique expertise in immigration consequences for criminal defendants is indispensable for clients who are simultaneously struggling with both immigration and criminal issues. He also advises the family department on these issues.

For the firm’s immigration department, Mr. Zigismund directs all cases. As an immigrant himself, Mr. Zigismund personally understands the hardships facing anyone caught in America’s immigration system. His cases include removal defense, applications before USCIS, Department of State, ICE, and CBP, and appeals before the BIA and Circuit Courts of Appeals.

Before joining Tsigler Law, Mr. Zigismund practiced a wide range of fields, including corporate transactions, tort and contract litigation, bankruptcy, insurance, and landlord-tenant, among others. As such, he carries a legal sensibility few other lawyers possess. His broad base of knowledge, experience, and singular passion for criminal justice and immigration, atop his significant experience in both, are key to Mr. Zigismund’s success when fighting for the rights of his clients.

Eastern District of New York
Since 2018

Southern District of New York
Since 2018

Prosecutors and Judges Work Together to Undermine the Rule of Law
Real Clear Policy
September 18, 2018

The Crux Of Religious Liberty Cases Is Whether Wedding Cakes And Flowers Mean Anything Special
The Federalist
June 26, 2018

Michael Zigismund: Philosophy of Law | Who Shaves the Barber? #22

An interview on "what is law?"