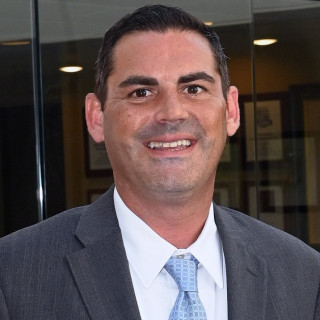 Mr. Veneziani is an associate at Petro Cohen, P.C. with more than 10 years of legal experience. He is part of the personal injury team at Petro Cohen and has focused on this practice area for the past several years.

Mr. Veneziani received a Bachelor of Arts degree from St. Joseph’s University (Philadelphia, PA) in 2001, where he had a double major in International Relations and Political Science as well as a minor in History. While at St. Joseph’s, he played for the St. Joseph’s Hawks Division I baseball team his freshman year. He went on to receive a Master of Business Administration in Finance at St. Joseph’s University before heading to law school. Mr. Veneziani attended Widener University School of Law (Wilmington, DE), where he received his Juris Doctor degree in 2007. While in law school, Mr. Veneziani was a student attorney with the Widener Law Bankruptcy Clinic, where he represented low-income individuals filing Chapter 7 and Chapter 13 bankruptcies in the Eastern District of Pennsylvania. He also completed the Intensive Trial Advocacy Program at Widener University. Upon graduating from law school, Mr. Veneziani was a law clerk for the Hon. Lee A. Solomon, J.S.C., Superior Court of New Jersey, Camden Vicinage, current Justice of the Supreme Court of New Jersey, where he assisted with domestic relations and juvenile criminal matters.

Mr. Veneziani is a native of South Jersey and he currently resides in Winslow Township, with his wife and two children. In addition to spending time with the family, he enjoys home remodeling projects and fishing.

For more information on personal injury, or to set up a free consultation about your potential case, contact Mr. Veneziani at (888) 675-7607.

Blog
Getting Personal: What Type Of Medical Information Is Fair Game in Personal Injury Cases?

Blog
How Long after an Accident Can Injuries Show Up?

Blog
What to Expect Physically After an Auto Accident