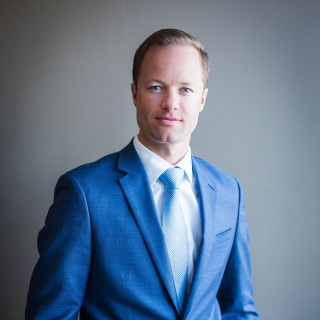 Mike helps businesses navigate the turbulent waters of litigation, often when the fate of the company is at stake. Mike focuses particularly on construction litigation, representing developers, subcontractors, and everyone in between. Mike understands the devastating effect of even a single project going off the rails. He works with his clients during contract negotiation and in the initial stages of the dispute to put them in the best position possible, then aggressively litigates on behalf of his clients through trial and beyond.

Mike also represents those who have been harmed by the negligence of others. Mike specializes in difficult cases, obtaining sizeable recoveries for clients who sustained devastating injuries resulting from uniquely dangerous conditions. Mike’s clients include those who have been harmed by medical device and drug manufacturers who profit from knowingly dangerous products and pharmaceuticals.

Mike grew up in Indiana, working summers building warehouses. Mike learned the construction trade first-hand, from swinging a hammer to pouring concrete. Mike attended Purdue University where he majored in Business Management with a minor in finance. After college, Mike attended Indiana University School of Law – Indianapolis, receiving his juris doctor degree in 2006. Because he always wanted to live in Colorado, Mike transferred to The University of Denver Sturm College of Law for his final semester of law school, and he has made his home in Colorado since. Mike began his career practicing class action and insurance bad faith litigation in Colorado Springs. He joined the firm of Ogborn Summerlin & Ogborn, LLC in 2009, and he joined Ogborn Mihm, LLP at its founding in 2012.

Michael P. Cross is an active member of the American Association of Justice and the Colorado Trial Lawyers Association, organizations committed to the protection and advancement of individual rights.

Force Majeure, Acts of God, And Impossibility of Performance: Breach of Contract Claims in the Age of the COVID-19 Pandemic
July 28, 2020