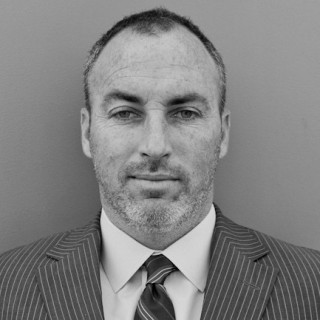 Michael A. Goldstein was admitted to the State Bar of California in 1996 and is admitted to the Central and Southern Districts of the United States District Court. Michael represents clients charged in both State and Federal Courts and has represented the interests of clients in State or Federal cases pending in California, Hawaii, Nevada, Washington, Nebraska and other jurisdictions.

Michael served as the 2014 president of the Los Angeles Criminal Courts Bar Association and currently sits on the Board of Directors.

Michael has secured 4 consecutive not guilty verdicts. The last two juries found Michael’s client not guilty in 27 minutes and 50 minutes. The first of these significant victories involved an 8-week, 42 defendant complex insurance fraud case tried before the Honorable Lance Ito.

Michael is currently part of a team of lawyers in the UK defending an American clothing designer facing serious criminal charges. In another international case, Michael put together the defense team for a client arrested in Oslo, Norway. Michael collaborated with the defense team litigating issues under the US-Norwegian extradition treaty to prevent the extradition of our client back to the United States on Racketeering & Gaming charges. That matter was ultimately argued before the Norwegian Supreme Court in June 2014.

Michael has handled more than 1500 felony and misdemeanor criminal matters ranging from major narcotics cases, assault cases, DUI’s, homicide cases as well as complex fraud or regulatory matters for corporate clients. Michael has represented musicians, doctors, lawyers, athletes, entertainment executives, career criminals, and foreign nationals. Michael’s creative work on behalf of musicians and/or athletes has made it possible for them to tour and/or work internationally.

Michael also sits on the board of the Anti-Recidivism Coalition that provides a support and advocacy network for, and is comprised of formerly incarcerated young men and women. M

Partner
Goldstein Law Offices
1996 - Current
Michael A. Goldstein has been licensed since 1996 and represents individuals in both State and Federal criminal prosecutions. He has handled matters ranging from DUI's to Complex Murders as well as Major Narcotic cases.