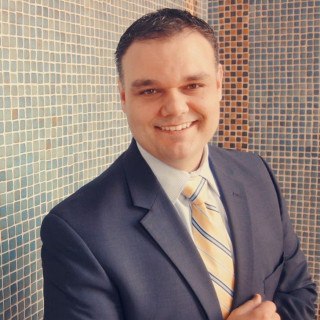 Mike is dedicated to minimizing the impact that the justice system has on people's lives. He began his career at the Jackson County (MO) Juvenile Office, where he had the privilege of serving hundreds of families involved in the social services and juvenile justice systems. From his experience prosecuting child abuse and juvenile delinquency cases, he understands how intrusive and devastating the process can be. His goal is to make sure clients walk into court knowing their options and what to expect along the way.

Mike and his family live in the Swope Park area. You might find him enjoying a concert at Starlight Amphitheater or outside walking his beefy labrador, Marty. Born and raised in a town just outside Oakland, California, Mike is a Raiders fan who gets a lot of flack from people in his new home town, including his wife, who is a KC native. He tries to make up for his poor choice in football teams by going out of his way to tell everyone, especially Texans, that Kansas City has the best barbecue in the world.

Member
Herrin Law Firm, LLC
2019 - Current
I help people protect their reputation and future when the justice system is knocking at the door. My firm provides criminal and juvenile defense services, including Family Court representation, in Jackson County and surrounding areas in Missouri.