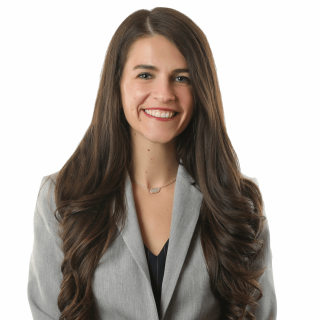 Mrs. Pazmino believes that every employee should always feel safe and comfortable in the workplace and that anything less is an injustice.

During law school, Mrs. Pazmino gained invaluable judicial experience, beginning her law career as a judicial intern to the Honorable Emil A. Giordano (Ret.), presiding judge for the Court of Common Pleas of Northampton County.

Mrs. Pazmino then served as an extern for the Honorable Justice Lee A. Solomon of the New Jersey Supreme Court and the Honorable Michael J. Haas of the New Jersey Superior Court—Appellate Division. In those roles, Mrs. Pazmino performed legal research for civil and criminal cases, drafted memoranda preparing the Court for oral argument and discussed petitions for certification. Mrs. Pazmino also aided in drafting and editing the Court’s opinions.