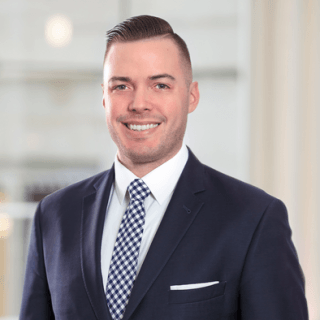 Matt is a skilled trial attorney whose career has been focused on criminal, family, civil and appellate law. To begin his legal career, Matt was a Deputy Prosecuting Attorney in Marion County where he handled cases ranging from juvenile to major felony, and everything in between. For a significant portion of his tenure as a Deputy Prosecuting Attorney, Matt was assigned to the OVWI (drunk driving) unit focusing on felony OVWI matters. He was also assigned to personally handle juvenile, general misdemeanor and general major felony cases. Matt ended his time with Marion County having tried countless bench and jury trials at all levels.
Prior to joining Banks & Brower, Matt opened his own law office where he handled criminal (juvenile to major felony), family (child support to divorce), civil (small claims to contract review) and appellate matters. Matt’s number one goal is to provide top quality customer service and support to all his clients to ensure they know they are receiving the best representation.
Matt was born outside of Chicago, IL and raised in both Southern California & Northern Indiana. He attended DePauw University for his undergraduate studies and earned his law degree from the Indiana University Robert H. McKinney School of Law. He currently resides in Carmel with his wife Megan, his step-daughter Isabella and their dog Wallace.