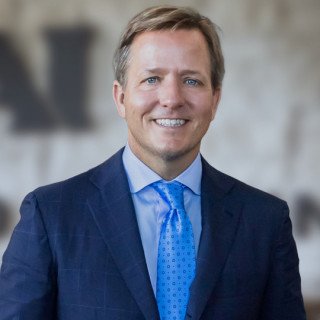 When Kurt Arnold represents someone, he’s all in. He’s won billions for his clients. In fact, he has recovered more than $1 billion in a single year multiple times and shattered records with his historic verdicts and settlements. He has helped clients recover losses after major maritime disasters such as the Deepwater Horizon and the El Faro. For Kurt, no fight is too difficult or complicated. He refuses to take “no” for an answer.

Kurt’s record-setting verdicts include a $117 million recovery, the largest in single-plaintiff personal injury verdict in Louisiana. He holds a record in Hawaii after securing a $42 million verdict. He broke a U.S. record when he obtained a $44 million verdict on behalf of a single-leg amputee. He’s won record-setting individual recoveries for clients of $92.7 million, $87 million, $81 million, $78 million, and $72 million. Kurt has also achieved record settlements for workplace accidents of $357.7 million and $171 million.

Kurt consistently receives the legal industry’s highest honors. He has been named to the top 50 Elite Trial Lawyer list by National Law Journal and was recognized by Lawdragon as one of the 500 Leading Lawyers in America. He has been named to the Best Lawyers in America® in Admiralty and Maritime Law and Personal Injury Litigation. He was also asked to join one of the most prestigious organizations in the legal profession: The Inner Circle of Advocates.

Serious accidents require the best lawyers. When people get hurt or lose someone they love, they call Kurt.

Kurt Arnold is a fierce trial lawyer who’s won billions for his clients. He’s one of the nation’s most accomplished and skilled personal injury attorneys—and he has the track record to prove it. After co-founding Arnold & Itkin at the young age of 25, Kurt's success has been unparalleled. He’s won more significant, record-breaking settlements and verdicts in high-profile cases than other attorneys win in their entire careers. That’s because when he represents a client, he is all in.