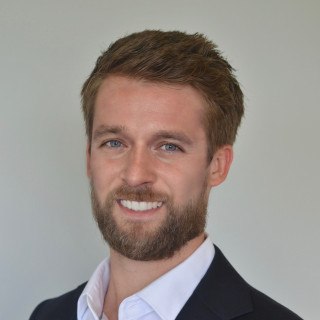 I am a native Floridian but was raised in Knoxville, Tennessee. As a once avid hiker and backpacker, I decided to attend college at Appalachian State University in Boone, North Carolina to be close to the mountains and spend as much time outside as possible. While in college, I had the opportunity to spend several years working and studying in places such as Israel, Costa Rica, Scotland, and Peru. Ultimately, this love of traveling and my passion for service led me to the United States Peace Corps where I spent nearly three years in the Central American country of Honduras working to help improve the living conditions of a small community where I lived. I quickly realized that I wanted to help others on a large scale and saw the legal profession as a way to do that. At this point, I was fluent in Spanish and hooked on Latin food and the tropical climate so attending the University of Miami (Florida not Ohio) seemed like the obvious choice for law school. In 2017, I founded The Probate Law Firm and as they say, the rest is history!

Tennessee
Board of Professional Responsibility of the Supreme Court of Tennessee
ID Number: 038233?
Since 2020

Affidavit of Heirs: Speed Up the Probate Process by Locating Heirs
Probate Firm

Who Gets to Pick the Realtor When Selling a Probate Property?
Realty Times

What documents and information do I need before starting a Probate?

Often, after the loss of a loved one, a person is completely overwhelmed and doesn’t even know where to start. They have likely never been through probate before and probably have never even hired an attorney. One of the most common questions we get at The Probate Law Firm is something like: what information do I need before starting probate? In this short podcast I list the 5 things everyone needs prior to starting a probate. For more information like this, you can go to www.probatefirm.com.

Probate Made Simple – Stage 4 of 4

In this fourth and final episode of the Probate Made Simple series, I talk about the last stage of probate, which includes closing out the estate and distributing assets. At this point in the probate process, we have located all of the assets, paid any of the creditors and are ready to distribute the money and/or property to the heirs. I talk about how long this takes and what all is involved.

What is the difference between a Will and a Living Will?

There is a big difference between the two. Before you start looking for an attorney to prepare these documents for you, make sure you know the difference. Give The Probate Law Firm a call at 305-456-3255. www.probatefirm.com

Probate Made Simple - Stage 3 of 4

Stage 3 of the probate process is all about finding the money and dealing with creditors. During this time we are trying to locate where the person who died may have had bank accounts, homes or other personal items. We are also dealing with any creditors that come forward, like credit card companies or hospitals, who claim they are owed money. This "creditor period" lasts for 90 days from the date the personal representative is appointed by the court.

Probate Made Simple - Stage 1 of 4

I break down the complicated probate process into 4 easy to understand stages. The first stage is all about gathering information and taking care of important matters immediately after the loss of a loved one. During stage 1, it is all about making sure you have all of the important information together and if possible, keeping the family together. If you have questions about an ongoing probate or need to start one, give The Probate Law Firm a call at 305-456-3255 or visit us at probatefirm.com

Probate Made Simple Stage 2 of 4

How do you own your real estate? #Probate is extremely easy to avoid. Most probates involve a piece of real estate because the owner never took the steps to make sure it was left to their heirs without them having to go through probate. Ask us how to do that! The Probate Law Firm 305-456-3255 www.probatefirm.com

Do I have to do a probate if I have a Will?

You may have a Last Will and Testament (or a "Will") that your parents left behind, which leaves a house, jewelry or other things to you. Are you going to have to do a probate or does having a Will avoid probate? www.probatefirm.com 305-456-3255

There is a lot of confusion out that about what probate is and what all it involves. In this video I define the word probate and talk about what it actually means to "do a probate." www.probatefirm.com