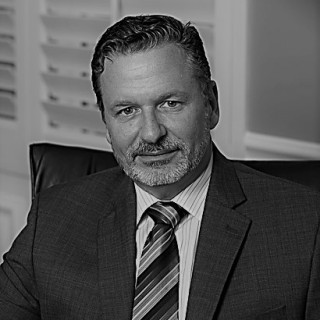 The foundation of Garrity Traina, PLLC, is its senior attorney, Mr. Joseph Garrity. He brings his 20 years of legal experience in the areas of general and complex civil litigation to our meditation practice and uses his battle-tested knowledge to assist parties in the resolution of legal disputes in the areas of franchising, intellectual property, business, condominiums and construction defects.

Throughout his legal career he has coupled his analytical engineer’s mind and legal training to effectively litigate matters involving franchising, intellectual property (patents, copyrights, and trademarks), condominiums, construction, and business disputes. Mr. Garrity has developed a heavily concentrated niche representing local, national and international franchisees and franchisors in the complex and heavily regulated world of franchising and intellectual property.

As a seasoned litigator, Mr. Garrity has tried numerous cases throughout the country in both state and federal courts at both the trial and appellate level as lead counsel, taking cases from their inception through multi-million dollar settlements and verdicts.

Mr. Garrity also serves as the director/president of Shine MSD, a not-for-profit foundation formed after the Parkland shooting that seeks to heal the community through the arts. With Mr. Garrity’s intimate involvement and steering of the organization it has grown from a heartfelt concept to a nationwide platform for mental healing through artistic expression coupled with mental health programs for students. His tireless involvement in furthering the mission of Shine MSD is a true reflection of Mr. Garrity’s character and dedication.